Outlast: How to reinvent what was invented in the Survival Horror genre

To begin our journey on the saga Survive to I will go back a few years. We are going to travel to Europe until 2002. This year which for many has given us the most significant change we have ever seen (leaving behind our long awaited peseta for the euro, our current currency), for a 23 year old like me, it s ‘passed with the normality typical of a person who has studied and worked. Corn, At the end of the year, a game-like event made me change my mind about the genre I loved most, Survival Horror.

On December 13, 2002, it was released on the old continent Zero Project. If we explain its theme, we could all say that it is still the same as many games of this nature. Corn, What was its particularity? It was not about killing some person / thing / monster in front of us. He was not killed, but he was captured with the camera you were carrying and in a way he disappeared. The game turned out to be a big hit which generated sequels which although personally I didn’t like them as much as the first one, they were very well received..

Years after my experience with Project Zero. A company has been born which will eventually be the mother of the child we are talking about. Red barrels

It was born thanks to three former employees of two of the most important companies of our generation, Ubisoft Montreal and EA Montreal. Their names? David Chateauneuf, Hugo Dallaire y Philippe Morin. They created the company in 2012 and, as good lovers of the genre, began to think about the plot of their first foray into the world under their new label. It would be none other than Survive to, a game which, a year after the study was created, first appeared on PlayStation 4 and PC, then made the leap to Xbox, the Linux system and finally to Nintendo Switch.

How to survive the asylum of terror

Let’s focus on the game itself. The plot is not much different from that of many games of this type. We will put ourselves in the place of Miles Upshur, a journalist who will receive an email from an anonymous informant, who will tell us about a psychiatric establishment located on Mont Massive, and his fears regarding the investigations and experiments that are underway. . performed at the aforementioned facility of Murkoff Psychiatric Systems. Our protagonist, accompanied by his trusty video camera, guided by his adventurous and journalistic spirit, will finally reach the asylum of Mount Massive, where he will begin to investigate everything that happened years ago, uncovering the things most. more frightening and disturbing.

As we have already mentioned before, we will control a journalist, that is, a person without military or police training or an expert in hand-to-hand combat. We just take a helpless guy whose only “weapon”, if you can call it that, is a video camera with which he can film whatever he finds in his path, and enjoy the night vision of that.. Of course, the camera batteries wear out lighter than Usain Bolt running the 200 meters, so you’ll have to try to use them with the utmost caution … even if it’s complicated.

If you manage to combine darkness or poor lighting with night vision, where you can hardly see more than what you practically have in front of you, and to that we add things like corpses, viscera, blood, from curtains swaying in the dark to the sound of the alien wind and mad assassins wanting to take your glove, we have before us a perfect cocktail for a horror game to be a success, and it goes without saying that Survive to it was. It’s a gorgeous horror title that’s not your typical scary game. Here you don’t shoot all the enemies that come your way, but we feel the utter helplessness of our character, who encounters all kinds of horrors in a building full of madmen.. What are our resources to avoid being murdered? Run and hide.

The sequel that ended the saga … for now

Red Barrells advocated sticking to the maxim “if something works, don’t touch it”. To do this, he put his team to work on a second installment that continued to make the hair stand on end. Survive 2 It arrived in 2017 for all platforms except Switch, which would arrive the following year. The title, while not having the same success as its predecessor, does not fare badly in terms of sales.

The argument? Well, similar to what we already know. Here we follow investigative journalists Blake and Lynn Langermann as they journey through the Arizona desert.

Your mission is to relate the story of the murder of a young victim. Her name is Jane Doe (Doe is the last name given to strangers across the pond). After a helicopter crash under suspicious circumstances, the couple split up and find themselves stranded in a mysterious sadistic place of worship. Under this premise, Blake roams this town with the intention of finding his missing wife.

For that, we have the same tools as in the first opus, our faithful camera and nothing else. What we can say is that this title, unlike the previous one, has a more open world. You must hold on to life amid mazes of cornfields, mysterious forests and slaughterhouses. In short, we have an impression of depth but always “linear”.

With them, we have a most attractive title that does not detract from Survive to. The game tries to increase the experience by achieving a much larger and more diverse open world, a more engaging protagonist, and inventive new mechanics. On the contrary, we surely disagree with some sections of it. Graphically, it improved practically nothing and its technical part was a little “obsolete”.

Thanks for bringing me back to this 2002

What conclusion can be drawn from this short but intense saga? That any fan of Survival Horror cannot leave these two titles aside. Because he refreshed a genre that has always been kill kill and kill. Because the atmosphere, the light and the sound give Survive to the degree of tension required. And above all for having made this 23-year-old boy who fell in love with this kind of games again. And I did it again. There might be some people who prefer action over stealth, but I think they shouldn’t miss the opportunity to try it out. You too, What do you think of these two titles? Hopefully if there is a third installment my heart is to bear it…. 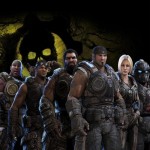