in the Discolored You explore a strange and desolate roadside restaurant at the end of an abandoned freeway to restore the lost colors. The inspiration for this game comes from science fiction series like “The Twilight Zone” and books by Ray Bradbury. I love how these stories have an otherworldly qu ality and exude a sense of mystery with a slight hint of something uncomfortable in the air. At the same time, however, there is a sense of wonder when one experiences the surreal nature of these worlds. I wanted to do something like that with Discolored.

In the same way are the puzzles and the gameplay of Discolored also have a unique quality that can lie outside the conventional rules of the modern world and requires a look outside the box. As you begin to add color to the world, you will find that certain items have to obey the rules of each color. If you take these rules into account when collecting new items and sometimes combine them to solve puzzles, the world opens up wider and you may also have the feeling that you are not alone in this diner in the middle of the desert.

The game’s minimalist art style is largely influenced by traditional artists Edward Hopper and John Register, whose paintings contain simple details, but it’s the striking use of color and light that brings their worlds to life.

For the story, I wanted to approach it with the same minimalism. Get inspired by games like limbo and The witness, there are clues here and there that reveal the story, but it’s also a narrative exercise in your own head where you begin to fill in the blanks of what’s really going on. Make sure to find all achievements to get all the clues of the story.

Discolored was mostly made by myself over the course of two years. It was an amazing experience making it and I’m honored to be able to bring it to Xbox One. I invite you to try it out and hope you enjoy it! 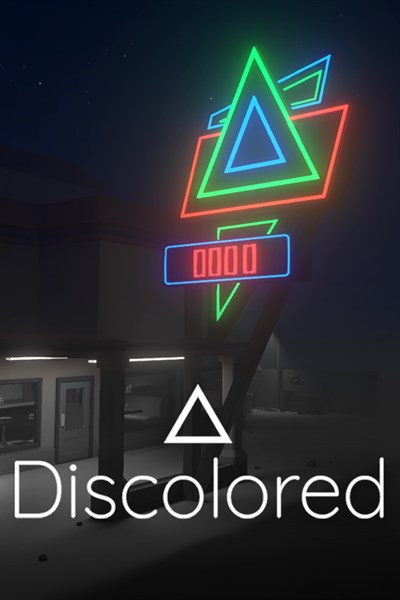 A lonely roadside diner in the middle of the desert. The locals say that it has lost all of its color. You will be sent for an investigation. Discolored is a strange and surreal puzzle adventure that takes place over two or more hours in a single lonely place. Your mission: Bring the color back to this once living world. What made the colors disappear? How can they be brought back? As you explore, you will solve a series of imaginative puzzles and uncover a selection of clues – which will lead you to the deeper secrets of this strange place at the end of an abandoned highway. Features: Exploration from the first person perspective combined with complicated and inventive puzzle solving A single environment that changes and expands during the game or so for hours

Tormented Souls to debut on Xbox One in early 2022

Tips from the Microsoft Store – Promotions from October 26th to November 1st, 2021

The Dark Pictures: House of Ashes is available

Explore the world of Halo Infinite through its vehicles