a great way to watch TNT, movies and series

Among the advantages of Tivify, its compatibility with different televisions stands out, as well as with other players such as Fire TV Stick. We have thoroughly tested on Android TV and we will let you know our impressions, although we have already told you that we loved it. 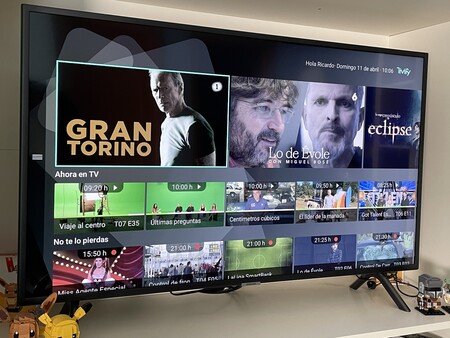 Tivify, technically, is an on-demand television service. It allows us access the open channels (you can consult the complete list on their site), as well as the programs already broadcast (one of its star functions). This means that, when opening its interface, we can access the list of DTT channels that we enjoy in Europe, previously ordered and classified (order that we can modify at any time).

Tivify is one of the best experiences for watching TV without an antenna. The interface surpasses that of many smart TVs

Although Tivify is a mobile application and a web service, the application for Android TV is perfectly adaptedIn fact, I dare say it’s one of the best interfaces to watch TV on Android TV. It is also completely adapted to the use of the controller, so we can use it comfortably. 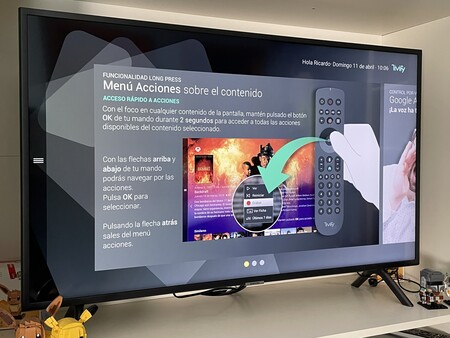 We can control everything from the Android TV remote.

From said command (although it depends on the command of each Android TV device) we can navigate the grid, browse the program, save it, browse the menus, etc. It’s quite comfortable and intuitive

at least in our experience.

We will be able to access the broadcast of the last seven days, as well as record the TV content itself

Tivify allows us access the last seven days issued being able to watch any content from a TV channel on demand. It also has a section for movies and series, where we found a rather interesting catalog to be able to enjoy beyond the television channels. 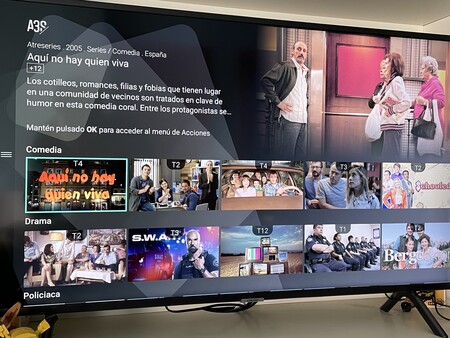 In terms of quality, We had no problems with cutscontent playback both via WiFi (300Mb symmetric fiber) and connected to Ethernet. Visual quality is excellent

and, despite the fact that we watch free-to-air television via the Internet, the sensation is that of watching television from the antenna, a point that is entirely in its favour.

Another point that we highlight is the general optimization of the app in terms of animations, fluidity (although it will help if we have a good Android TV device) and how intuitive the interface is. It’s a well made appwithout notable flaws and which allows us to take our Android TV to another level.

Tivify already has a free service, being able to watch more than 80 TNT channels without spending a single euro. However, you have your payment option, with a free trial period of one month. Next we will have to pay a price of 4.99 dollars per month. There is no kind of permanence and we can link a total of five devices to the same account. Recordings will be available for 50 days and we may have two simultaneous displays. A new year full of success