Video game consoles are a business in which Apple did not want to enter fully, beyond the subscription to “Apple Arcade” video games. Still, Apple fans wanted to see how the company would handle this entertainment market.

Rumors of Apple releasing a handheld console to compete with the Nintendo Switch continue to surface on the internet. Can you imagine what an enterprise console would look like? A very crazy concept has been published on the web called Apple Arcade Pro.

Apple Arcade Pro, the concept similar to an iPhone with two notches

. It would be a device very similar to the iPhone which would have two notches, cameras and an aluminum body.

The notch would be removed from the iPhone 14, but it was used in this concept. Have you ever wondered what 2 notches are for? The web mentioned they would be the Console d-padswhich would work with touch and would be suitable for any title available on the system. 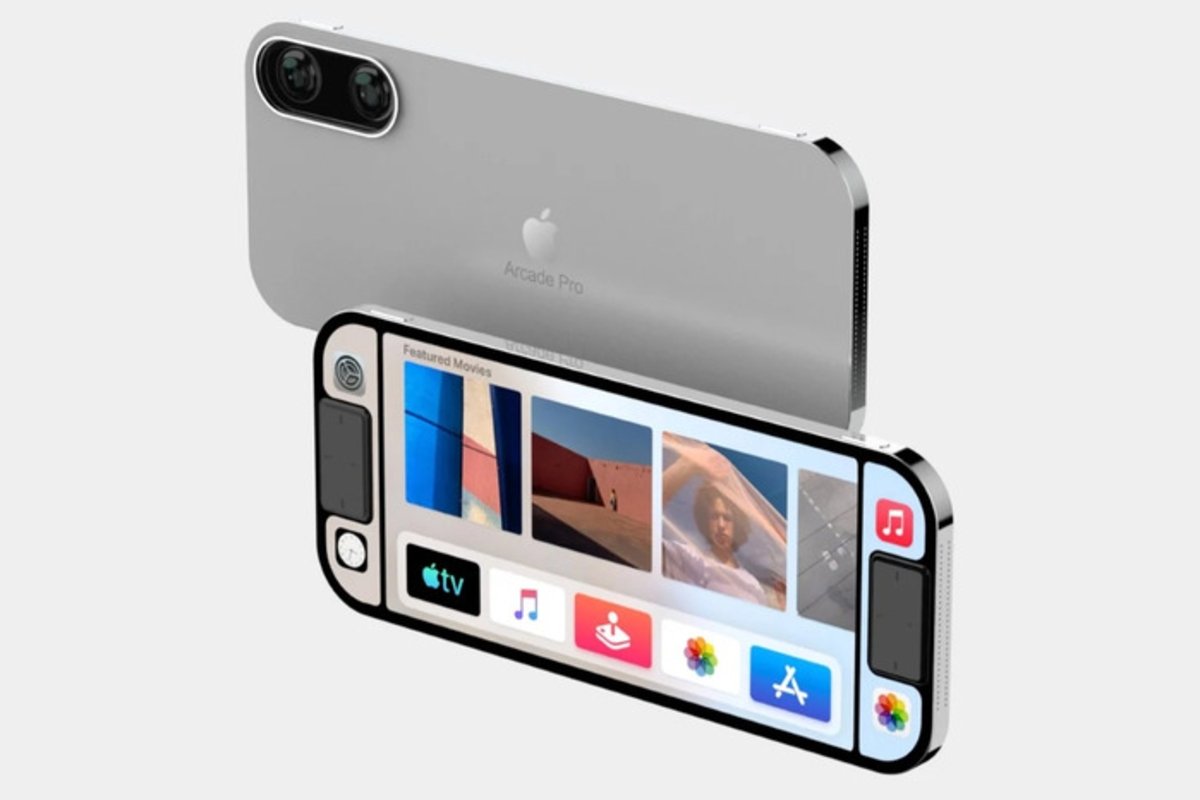 The console would be aluminum and its design would be very similar to the iPhone 13, with square edges. In addition, it would include MagSafe 95W charging technology and a controller similar to that of the Apple TV, with gestures inspired by Nintendo’s Joy-Con.

The concept proposes what would be a new operating system

in the Apple ecosystem: Game operating system. It would be inspired by iOS and have Apple-exclusive features like Safari, Apple Store, Apple Music, etc.

The game’s operating system, as reported by the web, is said to function very similar to Valve’s Steam Deck system. Fast play games, parental controls and ease of use for children would be the differences between this and the current iOS.

The Apple console would have cameras

Unlike the Nintendo Switch and Steam Deck, the Apple Arcade Pro would have a camera module. There would be two lenses of the device and the camera module would protrude from the body of the console. Therefore, one would think that it would have the camera system of the iPhone 12 and 13, with the LiDAR sensor.

The concept also shows that the console would have a two-speaker system with two main uses: a surround sound system that would simulate 5.1 channels, and ventilation on both sides of the console to avoid overheating problems during playback. 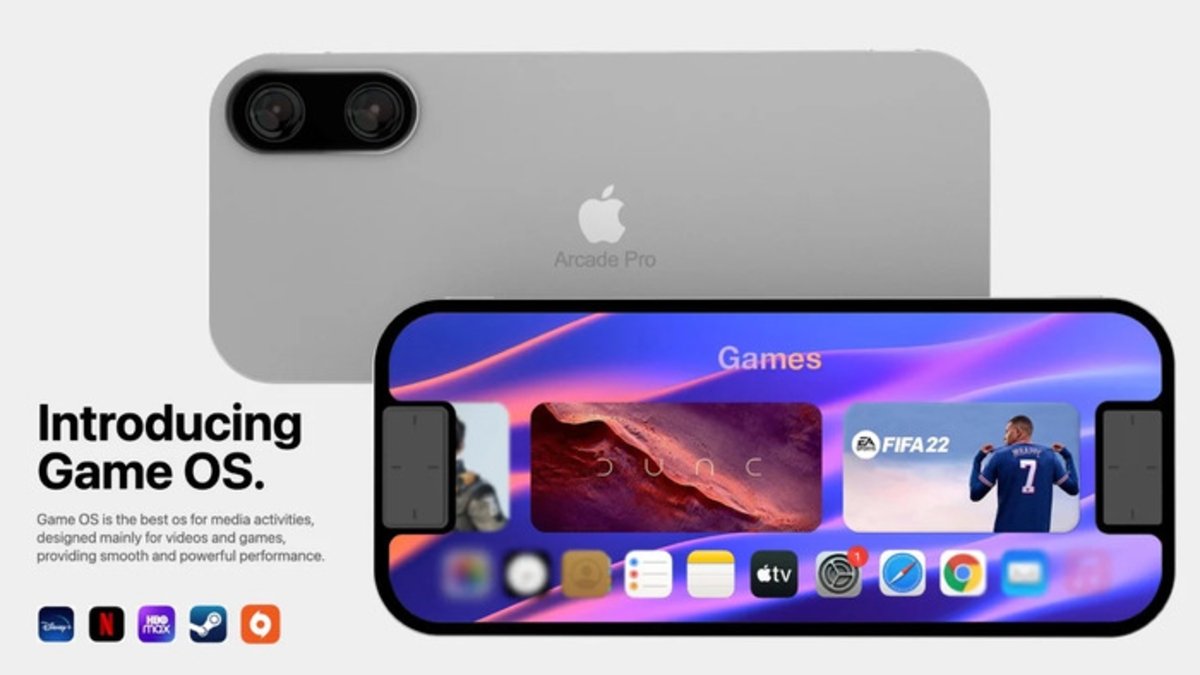 The console would have its own operating system called Game OS.

This console would be designed to play all the titles that are currently in the App Store and in the Apple Arcade subscription. We wouldn’t find AAA titles or released exclusively on consoles, and of course we wouldn’t be playing Fortnite either, since you remember Apple took down Epic Games’ developer account.

From what you see in the drawings, the console would also remove the headphone input 3.5mm, so Airpods and their alternatives would have to be used for a private gaming session and to communicate with other gamers.

The Shadows released for iOS and Android

Don’t miss a thing with this huge interactive map

Don't miss a thing with this huge interactive map