One of the The most common reviews of Apple’s Magic Mouse It’s your way of charging this mouse. To do this, the user must turn it over and insert a Lightning cable, which prevents the use of the mouse while charging. A user has found the key to not doing without the Magic Mouse when recharging it, and did so with an ingenious “wheeled” adapter.

End the dilemma of charging or using the Magic Mouse

useless inventions is the name of the Twitter user and the YouTube channel of the same name, which is dedicated to the creation of the most varied machines. Matty, the genius behind this effort, describes himself as someone who “designs and builds fake products to solve problems that don’t exist.” Which gives us an idea that this channel is looking for the fun angle with its inventions.

This is Apple’s most poorly designed product, so I found a way to fix it. pic.twitter.com/2WjeTfKrEZ

Matty’s first step is to replace the traditional Lightning cable by one with perpendicular load. Later, he took some steel balls he had in his study to reproduce the mice of yesteryear, which worked with a ball before the laser. Next, design a stand with room for two of these balls, the cable, and where to attach the magic mouse. 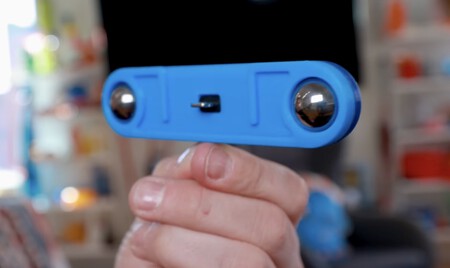 The Magic Mouse shuts down while it’s charging, rendering this invention useless and honoring this channel’s name

The result is the most fun, because we have a kind of Magic Mouse with Hot Wheels that is only missing the flares on the sides. A rather bizarre way to solve a problem

which is not so bad. Of course, it turns out that the Magic Mouse can’t be used while charging, because it turns off, as explained in this video.

The truth is that Apple products are quite susceptible to being listening by electronics enthusiasts. We must not forget the iPhone X with a working USB-C. Or the Mac mini M1 reduced to its minimum expression. Here it seems that Apple’s designs also inspire other people try different solutions.

The ‘snowboarder’ Chloe Kim and Mary Jane, from Spider-Man, arrive at Fortnite with a new Cup

The 'snowboarder' Chloe Kim and Mary Jane, from Spider-Man, arrive at Fortnite with a new Cup