The fact that there would be a mobile version of Apex Legends has already been known for a few years, although the initial estimate that it would be with us before the end of 2020 was never met. We now have a new short-term confirmation: It will arrive on Android in limited beta before the end of April.

In the announcement, posted by EA on the game’s website, we have a few more details about the game, as well as some screenshots at what does the mobile version look like the Apex legends.

Apex Legends is coming to mobile

A new Battle Royale will soon make the jump to mobile: Apex Legends. Its take-out version – in addition to the Nintendo Switch version – is already ready enough to launch in limited beta form for a few “thousand users” in India and the Philippines.

Apex Legends Mobile will arrive as a new version designed for touch screens, without compatibility with games on other platforms and own optimizations to adapt the game to the small or, at least, smaller screen of mobile phones and tablets. 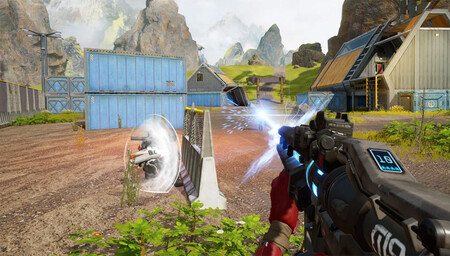 According to Chad Grenier, game director of Apex Legends, Apex Legends Mobile is a new game but faithful to the original, which will begin to before the end of April in closed beta in India and the Philippines and exclusively on Android.

Apex Legends Mobile will also be free, including in-app purchases only for cosmetic items and you will have your own battle pass, collectibles and unlockable items. After the first closed beta, it will expand to other regions and support for iOS will be included later.

Xbox Cloud Gaming is coming soon to iOS and PC

This is the most powerful Redmi mobile to date, the new K50 Extreme Edition

When will Apple announce the iPhone 14 event?

AirPods update will be easier. iOS 16 hints at a future firmware update system

Xbox Cloud Gaming is coming soon to iOS and PC