Blame it on Google Play ads

Have you already downloaded an app other than the one you were looking for for an oversight? It can happen to anyone if you’re not careful, because Google Play brings together unscrupulous developers and a moderation that prefers to look the other way. The result is a time bomb.

You don’t need to search much on Google Play to find deceptive apps or apps that are directly malware. To all these dangers is added one with an easy solution: Google Play search ads are barely noticeable normal results. Pay little attention and you will end up with Translator language Translate all instead of Google Translate, the Notebook instead of Google Keep.

It’s not a bird or a plane: it’s an advertisement

Ads – or rather sponsored results – have been on Google Play for many years: since 2015 to be exact. Back then, Google Play was greener and more colorful and advertisements were marked with the word Advertisement in yellowharder to miss. 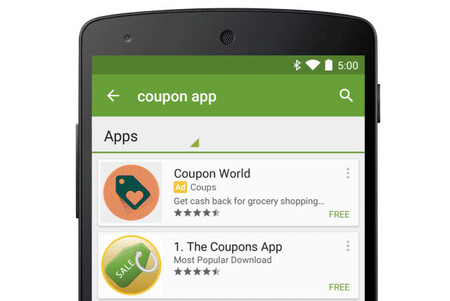 Sponsored Placements looked like this at launch, highlighted in color

Time does not pass in vain for anyone, and neither for Google Play, which since 2018 began to fade, that is, to have a predominantly white interface (then there was no dark mode ). Fewer decorative elements and fewer colors, along the way, color highlighting of ads disappeared.

To date, Google Play promoted results are highlighted with the text Announcement in bold, without any color and camouflaged between a block of text that includes the name of the application, its author, the category, a personalized text, the icon and the number of downloads. In English it is even worse, because the word A d it’s only two letters, so the review is really small. 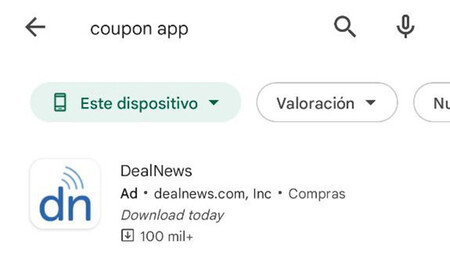 Google states on its Google Play help page that the ads “are well marked up and displayed alongside other content”, although it could be argued that a bold hidden among so much text can be defined as a good indication. With certain fonts and font sizes, the truth is that it’s not much different from the rest of the text.

Ads that impersonate others

The reason I’m stressing so much about camouflaged ads is because when you search Google Play, you expect the best results are the most relevant. After all, relevance in search is what propelled Google into the empire it controls today.

Let’s be honest, we often use mobile in automatic mode and without paying much attention to it, especially for tasks that we have performed thousands of times. If you want to download a popular app from Google Play, find it, tap it, and then tap Install. The problem is that this app you install could be totally different than you think if a very similar ad appears. And appear, appear. 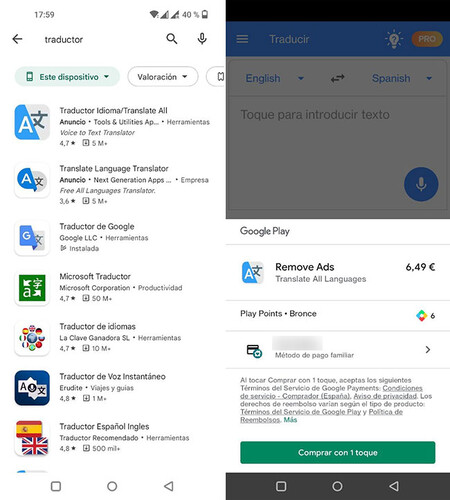 a search for Translator on Google Play ranks Google Translate for relevance at number 1, but above one or two ads appear with an icon and a name almost traced. Each of them garners over five million downloads, so that investment in advertising seems to be paying off.

The case of these translation apps that supplant Google Translate is not very serious because the apps, although having a little advertising and requiring a payment of 6.49 dollars to do the same thing as the Google translator but in worse, are more or less functional. The problem is that this impersonation is becoming more and more common on Google Play and in a way it’s like phishing, but applied to apps.

When you search for an app on Google Play, you expect the first result to be the most relevant, but sometimes it’s an ad and it’s not easy to tell them apart.

If you install an app thinking it’s another app, it’s possible that enter your credentials from another service, which could be saved by this second application. For example, a fake banking app could collect login information.

The good news is that most of the rogue apps we’ve encountered in advertisements have a slightly more mundane purpose: inflate you with advertisements. That’s what an app called GPS, maps and navigation which mimics the Google Maps icon of yesteryear and shows you ad after ad before displaying the app interface. 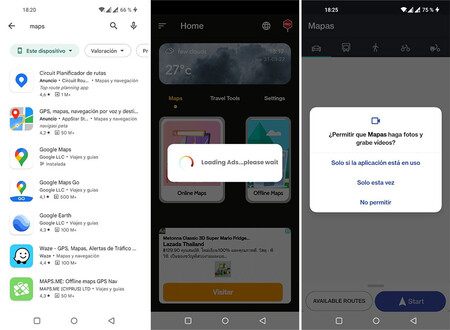 Wait a minute, it’s not Google Maps, it’s an app where you literally have to close four ad screens one after another and need permission to take pictures for some reason.

Again we have a horrible app with millions of downloads (more than 50 at the moment), so the investment in sponsored search results seems to have paid off. It says it all, almost certainly backed up by a good ton of paid reviews, which bury the one-star reviews in oblivion and away from the unwary who come to download the app.

With this panorama, they come together more and more picaresque developers and Google, which continues to look the other way, to make the App Store a minefield. It’s not so much the risk of malware – which exists – but the hassle of having to dodge spam attempts. This isn’t much of a problem for power users, but it can be very difficult for someone who isn’t very tech-savvy to tell which translator is “the translator”.

The problem is not that the advertisements

Of course, the problem with Google Play and phishing isn’t just about ads. Other developers opt for the more organic solution of impersonate another app and wait for the unwary to bite. We’ve seen it time and time again with all the games that don’t yet have an Android version, like Apex Legends a few years ago, for example.

If an app isn’t on Google Play for some reason, there’s bound to be another app claiming to be that app.

An easy victim are apps that are no longer officially available. As soon as an application is no longer available on Google Play, others appear who impersonate her to cover the hole. In this way today we can find the resurrection of Google Play Music or even Flash Player for Android with the same logo and all, although it is a video player -full of ads- that has no nothing to do with Adobe. 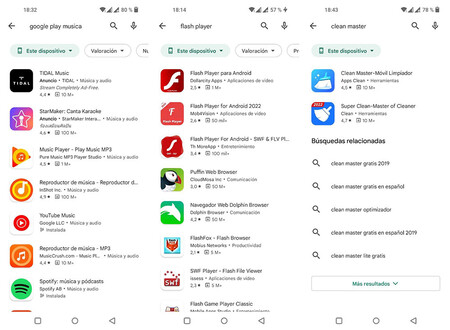 As soon as an application disappears, seven clones appear to replace it

return, is back at Clean Masterwhich has been missing from Google Play along with the rest of the Cheetah Mobile apps for two years now.

Google does something, but little

While it seems like Google has been sitting idly by while Google Play continues to pile up apps of dubious quality, the truth is that they’ve done little, but they’ve done something. A very useful change that was released with Fortnite in 2018 is the notice that an app is not on Google Play.

At this time, Google has reserved these reviews for special cases which can be counted on the fingers of one hand, so it is not a solution applicable on a large scale, although it is useful for specific peaks of interest for applications or games which are neither on Google Play nor expected. 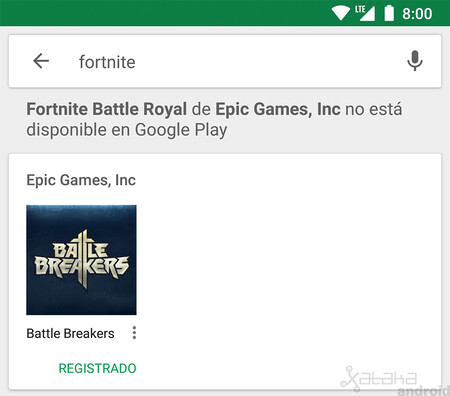 The original notice that Fortnite is not on Google Play, although it no longer appears

Another change Google introduced to minimize the impact of cheeky developers is truncated results, which only show specific apps. These types of results appear do a search on the name of a known applicationas the name of WhatsApp could be.

That is, instead of getting an endless row of apps with names and icons related to WhatsApp, they are displayed the three official candidacies of WhatsApp and related searches. If you’re not looking for any, you can always tap More results and see more, although the vast majority of users won’t. 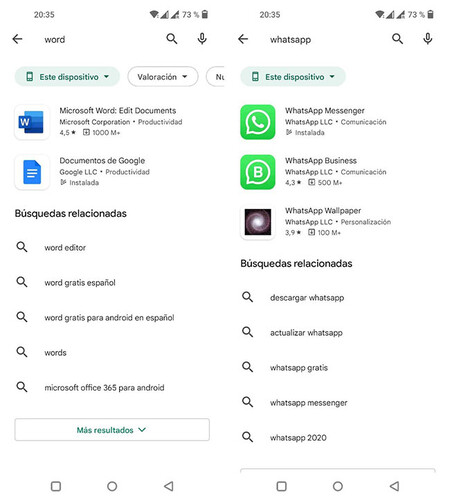 When searching for the name of specific apps, it is normal that only that app appears and related apps are hidden

What Google does not do is apply their own rules. An entire section of Google Play’s posting policy is devoted to phishing, stating that apps with “titles and icons so similar to those of other products or services that they could mislead users” are not allowed.

If Google has not allowed apps with misleading names and icons, even sponsored search results wouldn’t be a big deal, since Pepito Translator is clearly not Google Translate. While, Translator language/Translate all it will continue to harvest downloads and someone will continue to click and see ads between translations.

Child of Light’s Aurora joins Bloodstained: Ritual of the Night