Honor is gradually gaining weight in a market that abruptly disappeared after the US blockade of Huawei. The now independent company in the hands of a Shenzhen business conglomerate is starting to pick up the pace of launches and although a presentation is scheduled for August 12, today it launched a new mobile phone on the Marlet. The Honor Play 5T Pro is here.

The model is an update to the previous generation Honor Play 4T Pro and maintains the commitment to 4G as it carries a MediaTek Helio series chip instead of one from the Dimensity series. But the phone is a fairly competent midline

in all respects and is being put into circulation, at least for the time being, in China. 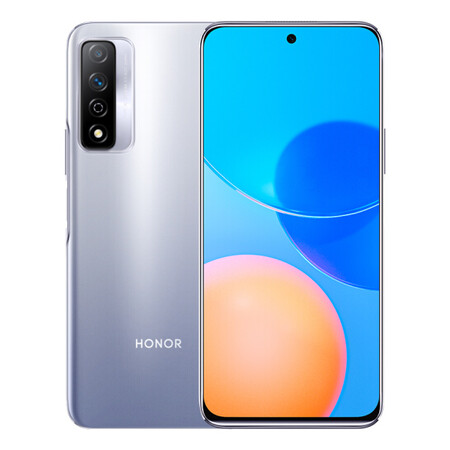 Honor’s new phone hits the Chinese market with a 6.6-inch diagonal LCD screen and that maintains the standard 60Hz refresh rate which feels weirder every time. The screen is perforated to house a 16-megapixel front camera for selfies and has a 20: 9 aspect ratio and FullHD + resolution. This means that we will have 2400 x 1080 pixels in front of our eyes.

The processor is the aforementioned MediaTek Helio G80 and relies on a single version of RAM (8 GB) and internal storage (128 GB), without a microSD tray. The phone offers 4G in addition to WiFi, Bluetooth, GPS and the USB Type-C connector for charging and file transfer. The battery is 4000mAh and supports fast charging up to 22.5W, although it is not specified whether the charger is included.

This Android 11 phone running Magic UI 4.0 has three rear cameras. The main one is 64 megapixels, the super wide angle offers 8 megapixels of resolution and closes the list with 2 megapixels for depth readings. We have an accompanying LED flash. The phone mounts the fingerprint reader on the side.

The phone sets foot in China with just one version of RAM and internal storage, although we can get it in two colors: black and silver. The local market price is 1,499 yuan, which is equivalent to around 196 dollars at the current exchange rate. As of yet, there is no news that it will become an international model, but we will be vigilant in case it does.