design more power for two all-rounders in the gaming business

As expected, the Black shark 5 and Black Shark 5 Pro are now official, adding to the catalog a third and unexpected protagonist like the Black Shark 5 RS. Three new devices which, like their predecessors, follow a clear roadmap as gaming-oriented mobile.

And that’s it, there’s nothing left to see design of these terminals to check the type of audience they are targeting. Going into more technical details, we also observe a best processor than what is expected in devices of this class. Next we will see in more detail all the specifications they mount.

Performance compatible with up to four versions of SnapDragon 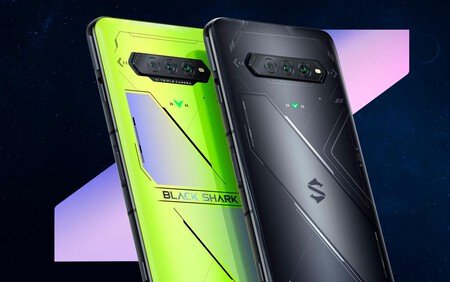 In devices like these, it is also particularly important to pay attention to the GPU they mount and it must be said that, at least on paper, these terminals are not lame either. The standard model incorporates a AdrenoTM 650 GPUwhile the 5 RS adds a AdrenoTM 660 in one of its two processor versions. It’s the “Pro” model again that adds the best spec here, with a GPU AdrenoTM 730.

Without much difference in the cameras and with AMOLED panels with a refresh rate of up to 144 Hz.

Unbridled power for devices that integrate Battery of 4,650 mAh for the standard models and the “Pro”, while the “RS” mounts a fairer 4,500 mAh. In principle, this should suffice, but a 120W fast charge which will provide any possible problem that may have with autonomy. 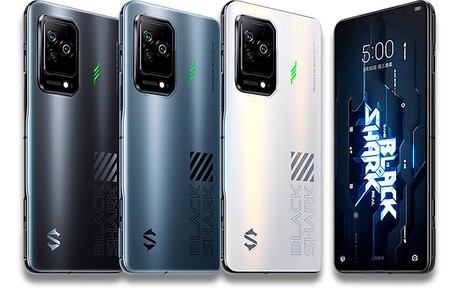 As it concerns cameras regarding we see one triple camera in all three terminals, although with some curious points to highlight. The Black Shark 5 and 5 RS both mount a 64-megapixel primary lens, but change their specs in the wide-angle lens with 13-megapixels for the former and 8 for the latter. However, in the macro we see that it’s the standard model that falls short with 2 megapixels, against the 5 megapixels of the ‘RS’. It’s the Black Shark 5 Pro that tops the two with a pair of 100, 13 and 5 megapixels in these three cameras.

Other aspects to highlight are that the three routes 6.67 inch panels with all the virtues offered by technology AMOLED. They also come with a 144Hz refresh rate which adapts perfectly to the ecosystem of the most demanding mobile video games. They also incorporate what, on paper, seems like a good two-speaker stereo system so that these terminals also shine sonically.