‘For All Mankind’ season 2, 80 ‘Foundation’ episodes and more news are here

Big productions are finally starting to return to Apple TV +. Courtesy of Servant and Dickinson, For All Mankind is the first of the major productions to return with its second season. Although this is not the only novelty in Apple’s video platform. As usual, the Cupertino company has made several additional deals that we will see in the years to come.

Chapter 1 of the second seas on of For All Mankind, one of Apple’s star series, is now available. Without spilling spoilers

is an alternative historical line in which US and USSR step on the accelerator in space race. And it takes them to the moon, with unexpected twists and turns.

Now, in this second season, we see how the Russians bring a weapon to our satellite. And that would set a precedent that NASA cannot allow. Thus continues the rivalry between the two superpowers to control the establishment of permanent colonies on the moon.

With today’s episode, ten new chapters in the series begin, corresponding to those in the first season. We will see again Baldwin, the Stevens and Schmidt featured in adventures on the moon, with a touch of drama. The series, this time, does not come alone.

In the heat of the fever for Mars, Apple recovers its most exceptional (near) space series

Apple has also created a podcast to accompany the launch, where they explore the universe of For All Mankind, the secrets of the shoot, and interview space experts. If with Truth Be Told, Apple did a series on a podcast

Here’s a podcast on a series, hosted by Krys Marshall, the actress who plays Danielle Poole.

The Foundation’s ambition and more offers for Apple TV + 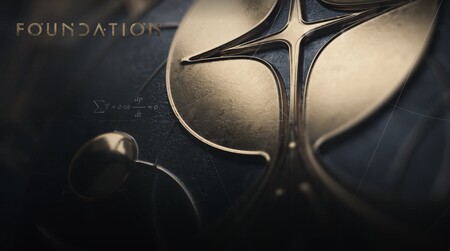 The public is changing. The way we consume stories is changing. Game of Thrones was the first of these giant series based on novels and now with Fundación we can happily tell the story in 80 episodes, 80 hours, instead of trying to tell it all in two or three hours of a only movie.

Recorded largely in Malta, the Foundation’s creative manager, David Goyer, said in an interview the peculiarities of the Apple TV + series

. This duration is something new in the service, where until now we have seen series with 3 seasons, like Ted Lasso. Malta was chosen as the filming location because much of the action takes place on a planet with a lot of water, which is perfect given current travel restrictions.

Registration change, Apple TV + has entered into several agreements of interest. One of them is with Skydance Animation, an animation studio with which you will get two films and a series. Spellbound, Luck and The Search of WondLa are the first three productions expected for the next few years. In Luck, we will have Jane Fonda as the voice of the dragon that appears in the film.

And finally, actor Jesse Plemons, known for his roles in Breaking Bad and Fargo, will star in the movie Killers of the Flower Moon. It will star alongside Leonardo DiCaprio and Robert De Niro and will be directed by Martin Scorsese, starting filming in May.