Diversification of manufacturing Apple products outside of China is taking its course. The trade war unleashed by the outgoing Trump administration has prompted companies like Apple to investigate alternative locations for their contractors’ factories. Now Foxconn has been granted permission to build one in Vietnam worth $ 270 million.

. Although it is not specified which exactly.

Designed by Apple in California, assembled in Vietnam 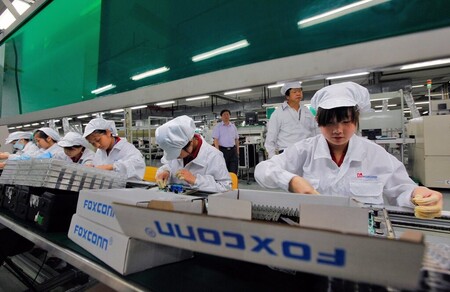 The Vietnamese government granted yesterday Monday a license to Foxconn to build a factory $ 270 million, says Reuters. Located in the northern province of Bac Giang, the government says it will produce “eight million units”, without specifying the mix. In the past, Apple sold around 40 million iPads and 20 million Macs per year, so that would only be a fraction of the total.

Foxconn has invested a total of $ 1.5 billion in Vietnam. And in his plans is to increase investing in 700 million more, hires 10,000 additional workers. The publication also includes another 1.3 billion article for Thanh Hoa province, south of Hanoi.

In recent years, Apple has started to diversify its manufacturing to other countries in Asia and the rest of the world.

The move comes after Apple asked the company to move part of its production to the Asian country. As you can see, this is one way of taking a fraction of the total manufacturing. It is a way to reduce the risk associated with trade tensions.

The diversification of the supply chain also makes it more complex. Although it is compensated by reduction in labor costs, because in China, the labor cost index has doubled over the past decade.

GTA 6: Rockstar suggests how realistic the game will be

Battlefield 6: will the new part be a soft reboot?

Battlefield 6: will the new part be a soft reboot?