A lot of things on Android are a huge problem, and backups are no exception. Depending on which version of Android and which layer you have, the system works differently, although it looks like Google has a plan to get started. unify these backups under the same section in settings.

From Android settings you can access Google Drive Backup, while with the Google One app you can also create backup copies and include more items like multimedia messages. Now Google is refresh the backup menu in Android settings

so that it is equivalent to the one that appears in Google One.

Google is starting to clean up Android backups. The problem is that the menu integrated into the system does not match the options available in Google One backups, available as an additional application.

In Android settings, you can make a copy which includes app data, SMS messages, settings, call history, contacts, and photos and videos, while backing up Google One there is the same and also MMS messages

. This, taking into account that both backup copies end with the same output: storage in your Google account. 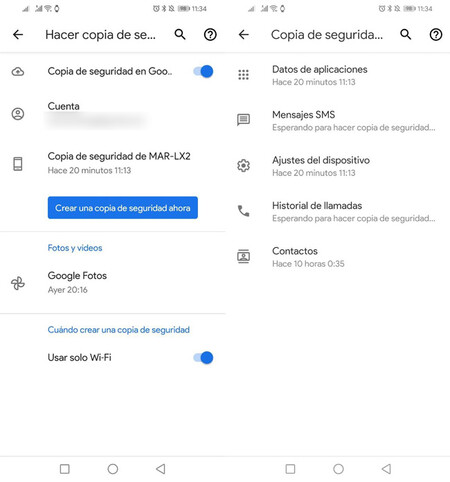 The “old” back up menu in the settings

Google has decided to tidy up the matter, so it’s replacing the backup section in Android settings with Google One backup. This place will unify all Android backup options, allowing you to view your backups and adjust them without having to use the Google One app. You don’t need to pay for Google One storage. 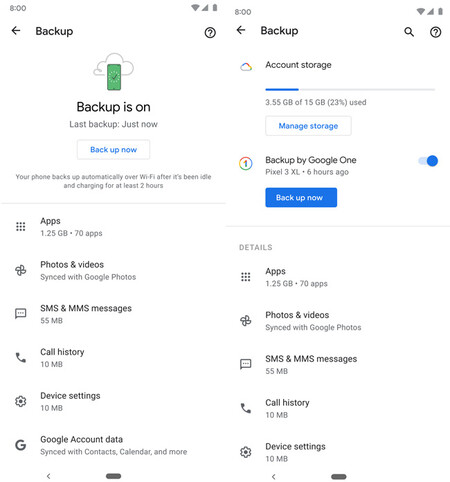 According to 9to5Google, this change will start to reach mobiles with Android 8.0 or higher in the coming weeks, replacing the previous save menu. Likewise, you can continue to use the Google One app to perform the same settings or backup as before.

Trailer and casting for the animated film Netflix