The application that records the use of games and allows you to connect to them plans to update with a curious novelty: the smart folder with the title launcher. Google Play Games will display the last played apps and allow them to open instantly without having to access the aforementioned service. Directly from the office.

Google Play Games, the Android entertainment section that brings together installed games and instant games, was introduced to Google I / O in 2013, almost eight years ago. During this time, we have seen Play Juegos grow into a great service with which challenge your friends, share game progress between different devices

and also to facilitate registration in new titles. It’s not one of the Google Apps with the most news, but that doesn’t mean the company is left with cross-keys.

Smart folder with all games installed 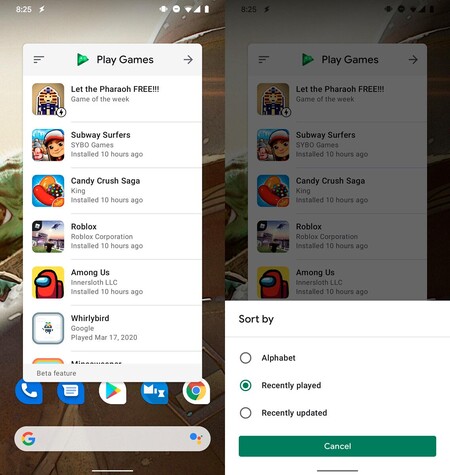 Appearance of the new folder accessible by pressing and holding the Play Games icon. Screenshots from XDA developers

The latest version of Google Play Games has a juicy novelty in its code: the folder with access to all installed titles. This feature is not yet active, which did not prevent XDA developers from discovering it after unraveling the APK. With this new folder, it will be much more convenient to organize the games and launch them from the same place.

Many manufacturers already include a game mode in their mobiles with a launcher that collects installed titles. This launcher usually does not work properly because it usually does not distinguish all downloaded titles; which usually requires adding them manually. 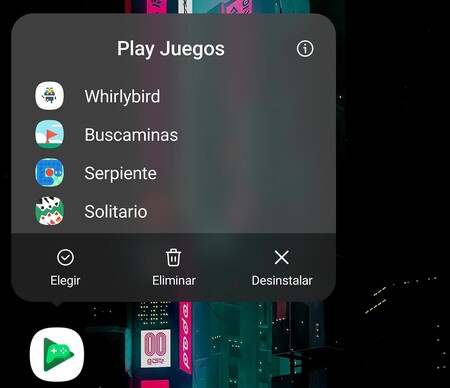 Google Play Games knows which installed apps are games. In its menu it categorizes all its titles in order of use, it also offers other games according to what has been previously downloaded or according to what our friends are playing, for example. And with the interactive record, Google claims that we can access the games without even opening Play Games: the application will sort them automatically according to our preference.

The new games folder is a noticeable improvement over the shortcuts that Play Games offers when you hold down its shortcut. Once it starts working, it won’t be necessary to organize the installed games in a folder because Google Play Games can handle it– Your file will collect them automatically; it will also offer suggestions in the folder if the user wants it.

For now, we will have to wait for the new smart folder to be activated, it only appears at the code level. The safest thing is that Google will spawn it in the near future from its servers.

Playtonic, manager of Yooka-Laylee, reinvents himself in 2021