In mid-December, Huawei finally launched the first beta of HarmonyOS for mobile phones, after this Android alternative debuted on TVs, routers, and other devices. This first version it was very similar to EMUI 11 on Android.

From Huawei, they assured that the final version of HarmonyOS will release a new design, but there seems to be a good explanation for the relationship between HarmonyOS and Android: apparently, today HarmonyOS is based on Android, according to various tracks compiled by XDA.

AOSP with some additional steps

In the West, the information from HarmonyOS that reaches us is still a bit of hearsay. The English version of the official documentation is not as up to date as the English version, and while Huawei has opened the developer beta on five phones and with an emulator, both system test methods are limited to China continental.

What we do know about HarmonyOS is that it is a versatile, micro-kernel operating system that the company wants to replace Android with. Among its virtues would be be able to run Android apps, with references to the ARK compiler, but omitting the fact that the system is based on AOSP.

For those who have been able to try HarmonyOS, the conclusion is clear: HarmonyOS is, today, strongly based on AOSP, the open source part of Android. This is evident when testing apps focused on previous versions of Android, which displays a message identical to Android, but changing its name to HarmonyOS. 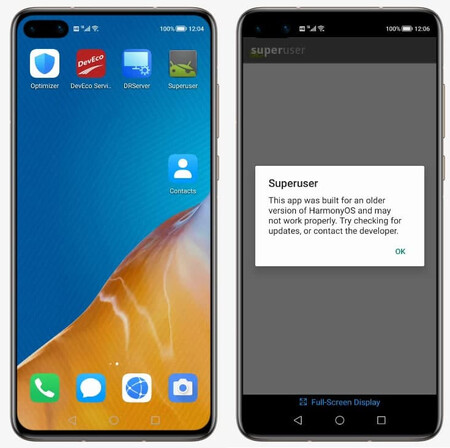 As if that wasn’t enough, looking at the HarmonyOS folder and file structure via ADB, it’s obvious that the whole Android framework is included

. Not that there is anything wrong with it: AOSP is open source, as is OpenHarmony, the AOSP equivalent of HarmonyOS. What is perhaps most striking is that Huawei played a bit of a distraction, as initially HarmonyOS was advertised as “a completely different operating system from Android or iOS”.

Now we are talking about the current situation, so this could change in the future. In Huawei’s roadmap for HarmonyOS, it was mentioned that the AOSP-based version would serve as a means of transition until this completely new and stand-alone system is ready, with architecture based on the HarmonyOS microkernel.

How to set up teleparty on Netflix, Disney +, HBO Max and Hulu

This “Impossible” Glitch Could Change The Way You Play Zelda: Breath Of The Wild Forever

This "Impossible" Glitch Could Change The Way You Play Zelda: Breath Of The Wild Forever