Live Photo was released with the iPhone 6s in 2015. Although Apple attached great importance to this format, in my case it is a feature that I have always been disabled on the iPhone. Of course, with the Photos app, they make more sense as it is an image with animation enabled by default, which gives a very attractive result. But that’s not the only reason I reconciled with Live Photos. It was the fault of one of the effects that can be applied to this type of memory.

What is it and how to take a live photo

More often than you might think, I’ve seen people around me take “live photos” with their iPhones. Without realizing that they have activated Live Photos and the peculiarities that they imply. Because Live Photos are in fact a small video which also records the sound

. Activate them by pressing the button with concentric circles at the top right of the camera. 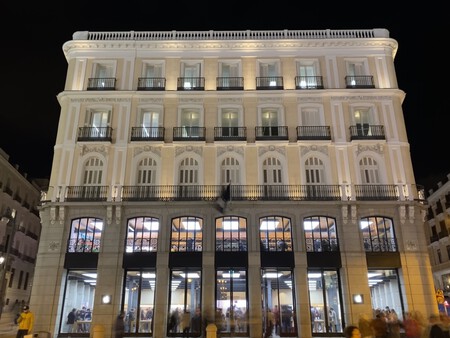 Live Photo with bulb effect activated, conceals people at the entrance of the store.

How it works can be difficult to understand at first. But when you do several and watch the results on the reel you end up getting used to it. Since this is a total of 3 seconds recording around the moment the button is pressed, you must keep the camera stationary or focused on the lens before moving it away. During this time, we will see a yellow sign with the word “LIVE” that tells us when the photo is being recorded (and the sound that accompanies it).

Therefore, it is common to find images in this format that suddenly they look away from the target, thinking it’s a normal photo. 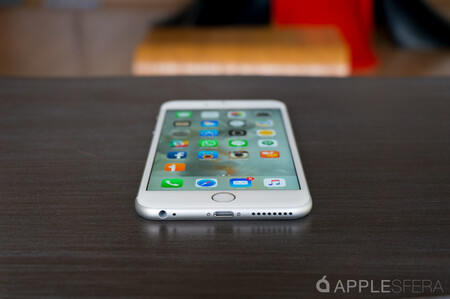 For several versions, Live Photo has three additional effects that unfold in a menu in the image on the reel. They are looping, bouncing, and long exposure. The first two are quite simple to explain, one plays the recording regularly while the other when it reaches the end it starts playing backwards. 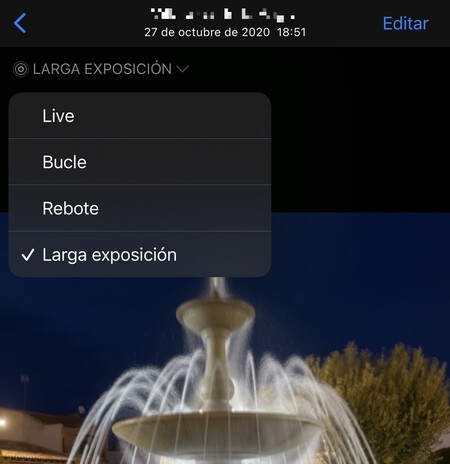 This is the third effect that I have just rediscovered and that I like the most. When Apple Puerta del Sol reopened, I took some photos in Live format to see if I could use them in the published articles (in the end I only used one, which is in this article ). 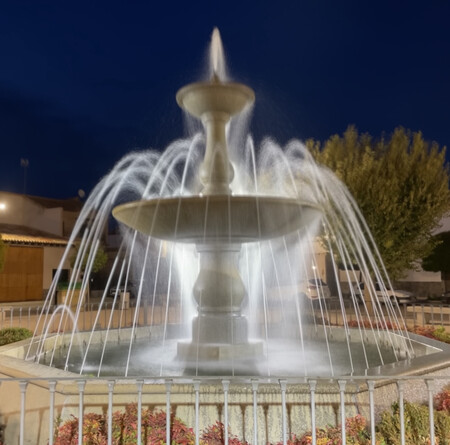 Fonts are also good objects to draw with this effect.

When we apply it, we manage to scramble people on the move, focusing on the subject of the photo: the building. I find it very useful to take pictures of buildings without people getting in the way and taking center stage. Of course, the more movement is better. If it simply coincides with moving people standing still, the effect loses its grace.

The next step is to use it on a busy street where there is a person completely still and others moving alongside him. Fonts are another very interesting example. If we take a Live Photo, the long exposure allows to obtain a “snowy” effect, similar to that obtained by certain photographers in large waterfalls in the middle of nature.

now check your passwords on your mobile