Samsung and Microsoft provide an easy and convenient way to run Android apps on the screen of a Windows 10 computer. No cables needed, no additional software downloads and with the ability to use keyboard and mouse with any application on the phone.

Samsung and Microsoft have certain agreements in the field of smartphones by which the former obtains certain advantages in the Windows operating system; while the second pre-install your apps on Galaxy phones. These deals are good for businesses and also for users (with the downside of Microsoft application “bloatware”). For example, some Galaxy phones allow Android apps to run directly on the computer. Do you want to know how?

Android apps on Windows 10 and at your fingertips 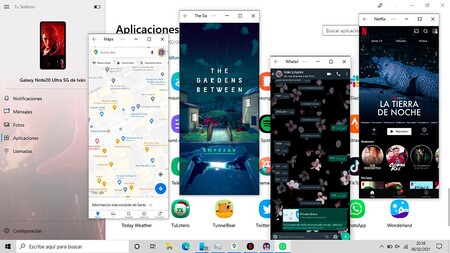 Microsoft has been integrating Android management software into its Windows operating system for some time. This software has a name as simple as it is descriptive: “Your phone”. It provides access to mobile photos and videos, allows you to make calls and can even move mobile notifications to your computer screen

. Not only that, Microsoft has also made it possible to open Android apps directly on the Windows desktop, but it is only compatible with certain Samsung Galaxy. For the time being.

Opening Android apps in Windows 10 is limited to a handful of devices, for now all from Samsung. The full list of them can be found at this link (displays the menu “What devices support apps?”). In essence, these are all recent and high-end Samsung Galaxy, although the function they should be compatible as more modest mobiles in the ‘A’ range, like the Samsung Galaxy A31 or the Samsung Galaxy A42 5G. Usually there is nothing to install, all the necessary software is integrated in Windows 10 and also in One UI.

Let’s see what to do to run Android apps directly on Windows computer using “ Your Phone ” software: 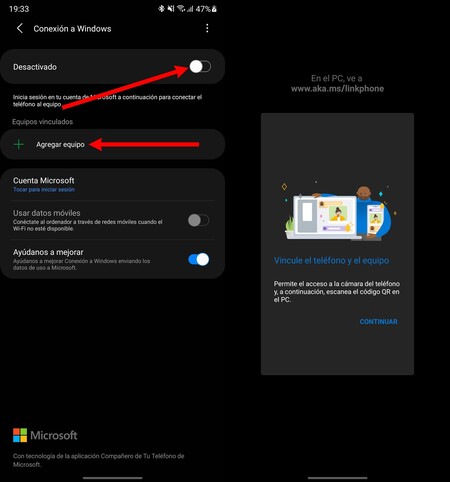 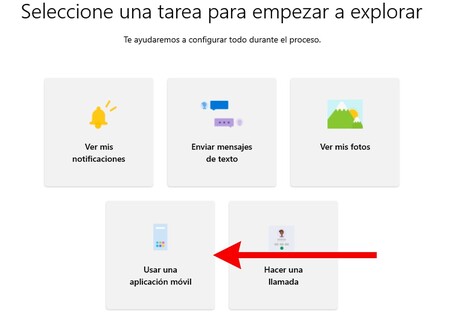 To connect to a Windows computer and open applications, you don’t need a cable because works wirelessly and as long as the Samsung Galaxy is connected to a WiFi network (the use of mobile networks can be activated). The connection is stable, the operation is fine and we did not find any other drawbacks apart from a higher temperature on the smartphone. Of course, games with high graphics load cannot run properly on the PC because their playback is not completely stable (as happens when doubling the screen with a Chromecast).

If you have a compatible Samsung Galaxy, and you are also using Windows 10, we recommend that you try to open the phone apps directly on the PC, this will be very useful. To have a window with WhatsApp, consult the mobile gallery on the computer, play simple titles and even to type more comfortably using the physical keyboard. He has great potential.

Kimetsu no Yaiba is coming to various consoles

Linksys Velop MX5300, High-speed Internet with style and comfort throughout the home

Linksys Velop MX5300, High-speed Internet with style and comfort throughout the home