How to Record Mac Screen in macOS Monterey

Record Mac Screen to Take Video It’s no longer something a few people need to spread as almost common practice in many jobs. Now that technology dominates many other areas of our lives, showing how something works in macOS is something much more common among its users.

Now, recording a Mac screen using an iPhone is considered a crime knowing that the system has several ways to do it without resorting to third-party applications. Let’s see them step by step.

The first way to do this is to use the system’s built-in screenshot tool. we can summon her by pressing the CTRL + SHIFT + 5 keys

, or by opening the ‘Screenshot’ application that we have in the /Applications/Finder Utilities directory. The entire screen darkens and a crop box appears with a few options in the bottom center: 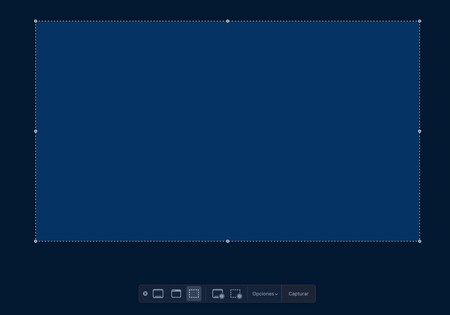 The two buttons with icons on the far right give us access to the two options to record the Mac screen: Either do it taking into account the whole screen or just a part of it which we can cus tomize by modifying the crop box. The three buttons on the left offer us to take a screenshot of the screen. 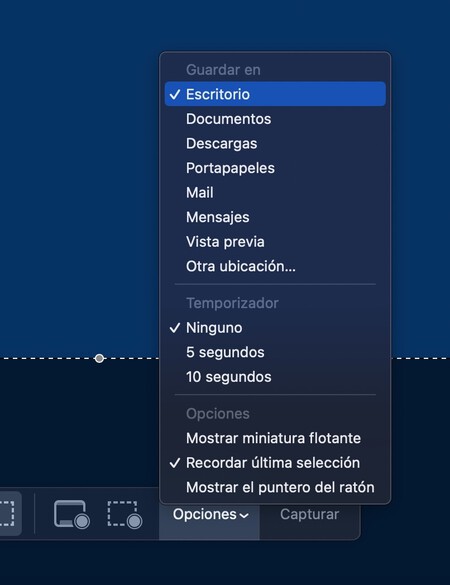 The options menu gives us power choose where to save the video we export (Be careful to save it in Desktop or Documents folders if we have them in iCloud Drive because videos take up space), put a timer of 5 or 10 seconds before you start recording and details such as display of the mouse pointer in the recording. We can also choose an audio source if we want.

Pressing the ‘Capture’ button we will start the recording, which we can end with the button that we will have in the upper menu bar.

The video we recorded will appear saved in MOV format in the directory that we have established from the options menu, and it will be ready to share it on social networks, in emails or in instant messaging clients.

Depending on the age of your Mac, not all screenshot options may be present on your computer. An alternative is then use QuickTime, the player that Apple continues to include in macOS although it is gradually being forgotten. You have the option to record the screen in the File menu once you have opened the application:

macOS Monterey has integrated this record with the kernel of the system itselfso the interface to record screen is exactly the same as screenshot.

Alternatively, you can also use third-party programs such as Streamlabs OBS, as we explained a while ago. This application is designed to stream content, but we can also use it to make recordings.

These are the benefits of the new GTA+ membership