iOS 14.5 will allow you to select Spotify or other music subscriptions as the default players

Brave developers and fans who continue to research the source code of iOS 14.5 have found another interesting detail in the system: the possibility to set Spotify as default music player. This allows Siri to use this service before others, with no commands or special actions required.

Until now, if you just asked Siri to play a song, he always looked to Apple Music to do it. If you added the slogan to the command “… and Spotify

“, then I started using this other catalog. But with iOS 14.5 we will only have to configure the music service we want as the main service and forget about those special orders.

Choose once, use what you use 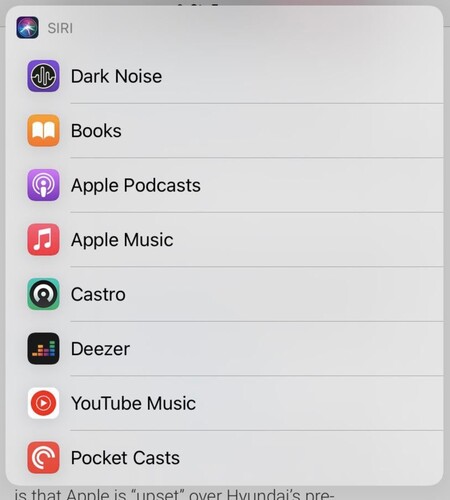 Among the services that we can choose as default players are Spotify, Apple Podcasts and Music, Deezer, Castro, Dark Noise, YouTube Music … all major catalogs are taken into account whether it is music or podcasts

. We will be asked to select one of these services that we installed the first time we place a read command to Siri, nothing more.

At the moment, it looks like the feature is somewhat unstable and has a few bugs, but that’s what the betas are for: over the next few weeks, it will be tweaked to run smoothly in the final stable release. iOS 14.5 that we should see next month

This balances the scales of Apple Music’s competitors on iOS, putting them on par with Apple’s music catalog. As well can be used as an argument for future trials that Apple is going to have with Spotify, remember that this service declared a legal war against Apple for alleged monopoly operations.

The anime records date on video

The anime records date on video