Yes, Mark Gurman is reposting data from Blooomberg. Yes again. The tech publisher and its sources Apple have no brakes, and today they bring us new facts about a new generation of MacBook Air which could arrive at the earliest this fall and at the latest in 2022.

This new MacBook Air will have a new design

, which will make it thinner and therefore lighter. Its screen will continue to be 13 inches, but it will reduce its bezels even further to make it a bit smaller and more portable. And of course, it will have a new Apple Silicon chip which just might be an ‘M2’.

An “even harder” for the MacBook Air 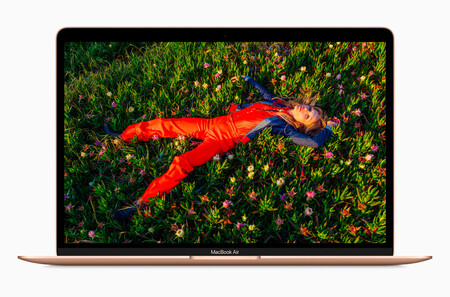 , in addition to two USB 4 ports with USB-C interface as we already have in the model with M1 chip. Gurman claims there was a 15-inch model under consideration, but it was ultimately scrapped in favor of the MacBook Pro of this size outperforming. And while we’re on the subject of MacBook Pros: Gurman reveals that they’ll have SD card readers again.

Apparently Apple’s plans will get through keep the current MacBook Air with M1 chip for sale after this new model enters the stores, in order to have an alternative business model to the new model which might have a higher price. But we insist: this will be something we won’t see (if that’s true) until the fall or even next year.