Nobody noise cancels like Sony and these headphones have an absurd 62% discount: hurry

In the wireless headphones market, there are more and more brands involved, but when it comes to talking about the best noise cancellation, we can only talk about one: Sony. The Japanese are the best at it, it’s fair to say, and one of the releases of recent years just got a truly absurd discount. The Sony WF-1000XM3, the flagship models from two generations ago, now costs 62% less

. As you have read, much less than half. So instead of paying them 250 dollars, they can be ours for 94.90 dollars. Hurry because it’s a purchase like the top of a pine. 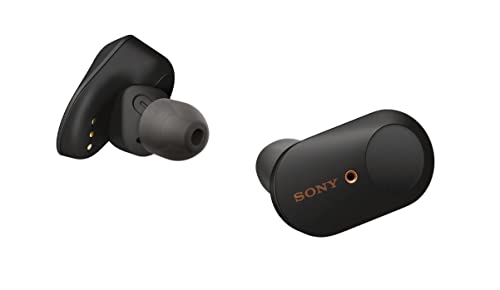 The best noise cancellation at the best price

With the Sony WF-1000XM3 (oh, that designation) we get wireless headphones in a compact format, which barely protrude from our ear, which offer us unprecedented active noise cancellation, only improved by later generations. But when it comes to headphones, these they don’t age as fast as cell phones so there is no problem to get them. Much less at this price.

The WF-1000XM3s have up to 32 hours of battery life adding the extra cost of the carrying case, and feature touch controls in addition to accepting voice commands. Unsurprisingly, they are compatible with Google Assistant and Alexa

. A true marvel of headphones not to be missed.

The model is now massively dropping in price. Of the 240 dollars of its recommended retail price, the WF-1000XM3 drops to 94.90 dollars of its offer price. A rather absurd 62% discount that makes them more attractive than ever. Don’t let them pass.