One of the market niches that can be found in the mobile phone market is that of smartphones designed for gamers. We have models from different companies that promise to get the most out of the games we download and one of them, Nubia, has a new launch in sight.

It is the heir to the Red Magic 5S that we already know and which was launched in the second half of 2020. A terminal that the CEO of Nubia, Ni Fei, announced on Weibo with some brushstrokes on its characteristics

with a striking poster. Items plus other specifications provided by Digital Chat Station. 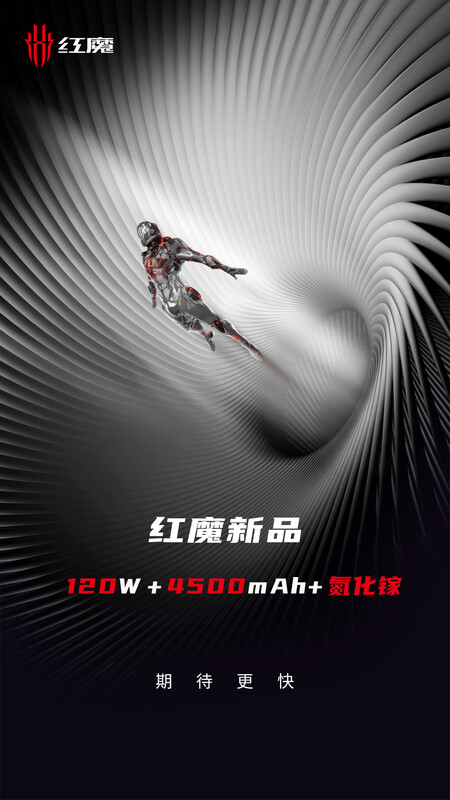 Nubia CEO Ni Fei shared two of the features of the upcoming new terminal. A Nubia Red Magic 6, which will feature a 4500 mAh battery and the possibility of using a fast charging system with neither more nor less than 120 watts based on gallium nitride (GaN), a material that is gradually gaining presence in the technological market.

Yes for now there is no official image that allows us to see what it looks like With which the Red Magic 6 will arrive and in its presentation only one poster has been attached which does not reveal the design or additional specifications of the phone.

#DigitalChatStation
The Red Magic 6 also does 4500mAh + 120W, as well as a 1080p ultra-high display and Snapdragon 888. Northwestern Shanxi is in chaos. pic.twitter.com/fXOUmTSvlW

It was in this case, Digital Chat Station (@chat_station), the channel that has filtered what may be some of the specifications of the Red Magic 6. A model that will arrive, according to these data, with a screen that would offer 1080p resolution

and with the latest Qualcomm Snapdragon 888 chipset under its case.

We have the basis of the Nubia Red Magic 5S for expect this new model to inherit some features which we have already seen in the previous generation as the active cooling system can be through the use of a fan and a heat sink, something to contend with during long gaming sessions.

In addition, and in terms of design, we assume that the Red Magic 6 would have a rear that changes color … but in order to know all its data we can only wait for the official information for the business side.

Some changes to the iPad Pro ready for 2021

PS5 Roguelike Returnal has been in the works for years, but it “still amazes” its own developers.

PS5 Roguelike Returnal has been in the works for years, but it "still amazes" its own developers.