Samsung eliminates the possibility of hiding the front camera via software with the arrival of One UI 3.0

Gradually, more and more models of Samsung phones are receiving the new version of the layer with which the Korean manufacturer is releasing the Android operating system. As you may already know, this is a single user interface, which in turn the latest version already reaches number 3.0. A layer that recently reached the Galaxy Note 20 Ultra or the Galaxy Note 10 and which hides some surprises that had gone unnoticed.

And it is that among all the improvements and novelties, a change appears that affects all those who do not see favorably the perforation of the camera on the screen or a camera in the shape of a drop. If these, in previous versions of One UI, could hide it by creating an “artificial” black band, this option no longer appears with One UI 3.0. 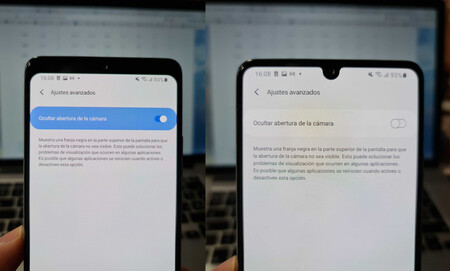 If yesterday we saw how the Galaxy S10 started to receive the new layer of customization from Samsung, now we are experiencing a change that affects the possibility of disguise the existence of the hole in the screen for the camera or drop-shaped camera

According to GalaxyClub.nl, after the update, and if we go to the path “Settings”> “Screen”> “Full screen application”> “Advanced settings” we will not find the option to hide the notch camera on the screen. 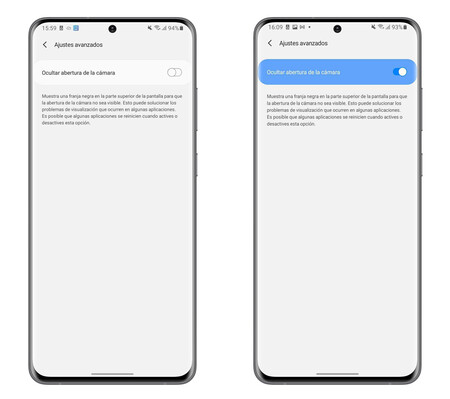 A previously existing option that scrolls UI elements down, creating the optical illusion of a thicker bezel

and it would hide the hole and make it look like the one shown by framed phones.

From this option, you can no longer use the “Hide camera framing” option and the camera will still be visible once we update One UI 3.0. And beware, it doesn’t appear to be a resolvable error like the one that affected the battery graphics. Failing to know if this is a failure or an intentional move, the truth is that it is an option that disappears from the menus.

Samsung eliminates the possibility of hiding the front camera via software with the arrival of One UI 3.0

Echoes of the Atlas, the new endgame chapter of Path of Exile