Seterra, when learning geography becomes a game: the app of the week 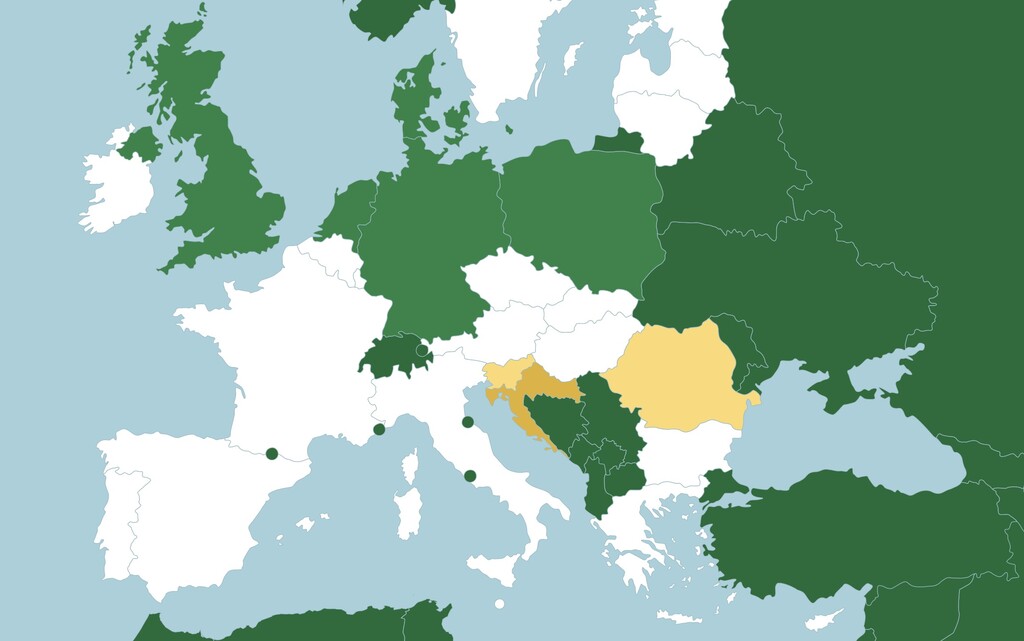 Every day, more and more activities are making the jump to the digital world. Learning is one of them. Both adults and seniors can take online classes, attend conferences or classes, etc., all from the comfort of our iPad, for example. And one of the great virtues of digital learning is, without a doubt, the possibility of making it a game, a challenge and even a hobby. This is where it stands out Seterra, the geography application with which, almost without realizing it, we can become great connoisseurs of our planet.

When learning is a game 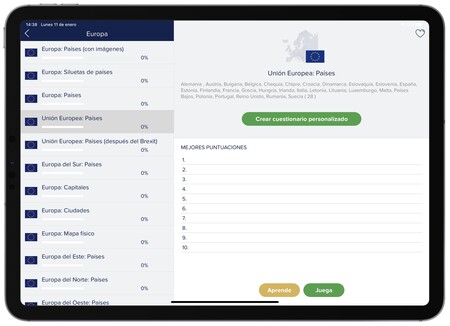 We can describe the Seterra application in a few words: a collection of world maps including, after asking about a specific country or region, we need to touch the one that is asked. Then, by diving into its operation, the application offers much more than that, but in its design it is the objective and the main dynamic.

In terms of interface design, it is a simple application, but well designed. As soon as we start it, we are asked if we want to practice our knowledge of maps or flags. Then, in both cases, we find all the maps classified according to the continent to which they belong. Inside we find subsections, such as capitals, physical map, regions and country groups, rivers, etc.

Once we have chosen the card we want to play, we see the summary of the names that will be asked of us and the best scores obtained. One tap on Play takes us directly to the map. Here, the dynamics are very simple. In the lower bar appears Click France, for example, and we just tap on the top card. If we hit the element, it is marked empty; if we fail once, in yellow; then orange; and if we miss three, in red. When that happens, the correct answer flashes on the screen for us to tap. 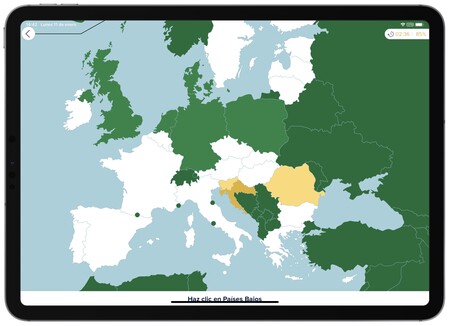 With this color code, at a glance, We can see which questions cost us the most, therefore, either during the game or at the end of it, we can touch these elements to review their name and remember it better. At the end of the map, we will see the total time invested and a score expressed as a percentage of correct answers.

This is the dynamics of the game presented by Seterra. So far we have talked about the countries, probably the most frequent tests, but there are many more. Cities, physical map, bodies of water, mountain ranges, islands, rivers, historical maps, capitals, autonomous communities, districts, regions, continents, states, G20 countries, Portuguese, Hispanic or French-speaking countries, countries by population, Olympic nations, deserts, volcanoes, peninsulas, tectonic plates, layers of the earth, parallels, wonders of the world and much more join a vast collection of flags from around the world.

In addition, if we enter a new card or category for the first time, once selected, we can choose Learn, a game dynamic with which we do not receive questions, but rather explore the map in question ourselves.

It is clear that learning while playing becomes easier. Apps like Seterra show us that a simple, well-executed idea can open doors to comfortable and fun learning. Seterra has two variants, the free one, with in-app purchases to eliminate ads, and the full one which for 2.29 dollars has no ads and which we can also share via Family. Let’s see, the capital of Lesotho was …

Seterra, when learning geography becomes a game: the app of the week

Microsoft Flight Simulator: Soon you can fly a fighter jet!