The wait is almost over: those who want a Sony Xperia 1 III have it a little closer. The brand has already confirmed its final price, 1,299 dollars. Now Sony is revealing not only when the phone will be released, but also its giveaway to reserve the new Xperia: helmet worth 380 dollars.

Sony is not one of the manufacturers to rush shorten the time that elapses between the presentation of their mobiles and the saleWith the Sony Xperia Pro, this delay was over a year. In fact, of the phones presented in spring 2021, only one can be purchased: the Sony Xperia 10 III. What have you been waiting for to know the missing details of the Sony Xperia 1 III? Well, they already know. 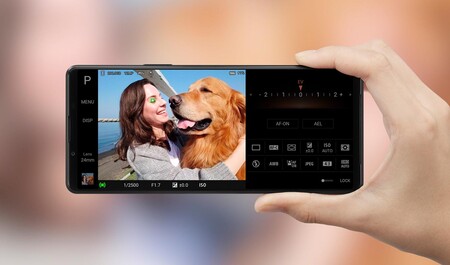 The Sony Xperia 1 III is a mobile category premium, with all that that implies. Not only does its hardware offer the highest functionality that an Android can include, but the software is also of the same quality, especially everything related to photography. And, as often happens, the price also demonstrates the range to which the phone aspires: the Sony Xperia 1 III amounts to 1,299 dollars.

Although the cost is high, it is in line with your competition by category. Snapdragon 888, 6.5 inch OLED display with 4K resolution and 120Hz refresh rate, 12/256 GB, quad rear camera with professional photography app (both photo and video), 4,500 mAh battery with 30 W fast charge and wireless charging, front dual speaker with quality audio to which Sony is accustomed … On paper it has great appeal, at least for sufficiently large budgets.

The Sony Xperia 1 III goes on sale August 22 and can now be booked. This reservation is ready in the Sony online store. And whoever accepts the advance purchase will take a Sony WH-1000XM3 headset worth 380 dollars. Its noise cancellation and audio quality are barbaric.

Player draws the Triforce and the Master Sword walking in Zelda: Breath of the Wild – iGamesNews

Are you going to buy the Steam Deck?

Are you going to buy the Steam Deck?