the automatic function arrives on the old Android

As promised by Google, the company has universalized the automatic withdrawal of permissions in applications by including this automatic security function among the actions of Google Play Protect. And it’s already available: from Android 6.

One of the most attractive features of Android 11, and related to the increase in privacy control, is the Permissions disabled, an automatic way to avoid risks when applications are no longer in use. At first we thought that this function would remain integrated into the system, but this is not the case: Google has included it among the security options of Play Protect. It is available from Android 6. 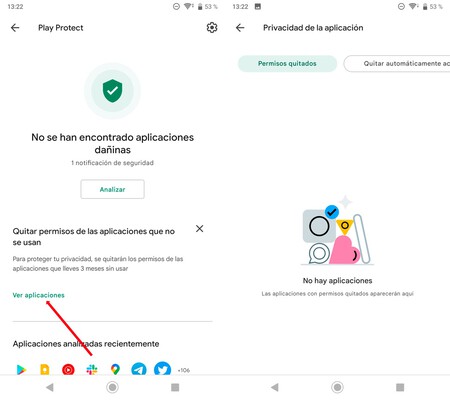 Google has delivered on its promise, as the latest Google Play Services update increases the number of automatic acti ons performed by Google Play Protect. Since this security service permanently scans most Android phones

Google has decided to provide you with one of the latest automatic improvements.

With Android 11 automatic permission removal, a more private and secure operation has been ensured ever since. apps lose all access if not in use

. That an app has been granted location permission? Over time, the system will remove it so that it cannot share user data if the user is not actively using the app.

As an XDA Developers benchmark, and we’ve discovered this on our own mobiles, Google Play Protect already includes removing permissions among its automatic options. in applications that have not been used for a while. To access this tool, the following process must be completed: 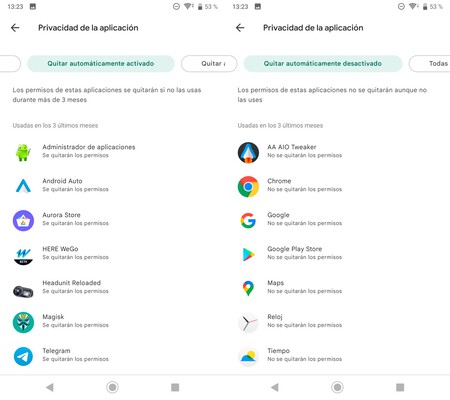 Google Play Protect will remove permissions in apps that haven’t been used for three months. The procedure is automatic although it also allows manual access. As Play Protect disables permissions, it will show a notification on the phone.

You are currently getting 13 exciting games much cheaper

the closure of the servers is planned

Light as a feather for a full Android experience

the closure of the servers is planned