Xiaomi presented its first Redmi budget mobile with IP68 dust and water protection: This is the Redmi note 10 JE (Japan Edition), a phone that is cheap and very resistant. It increases the already extended Redmi Note 10 family and will only be available in Japan, at least for now.

Xiaomi’s catalog is not only huge seen from a country like Europe, this catalog can be multiplied by several enterics if we try to include in the same portfolio the mobiles which are distributed in all the countries

. What if such a Redmi from China was a Xiaomi Mi in Europe, phones of the same name that have different specs and even special editions for some countries, like with the recent Redmi Note 10 JE.

IP 68 protection against dust and water with a Snapdragon 480 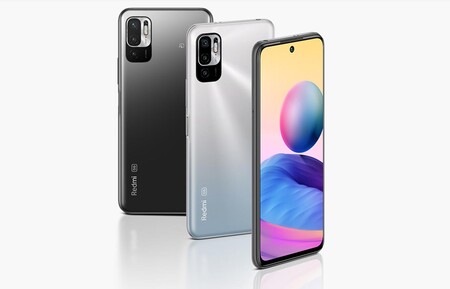 The choice of a processor as content as the Snapdragon 480 already clearly shows that the economy is the main exponent of the Xiaomi Redmi Note 10 JE. Externally it does not stand out too much from an overall Redmi Note 10 (basically it’s a Xiaomi Redmi Note 10 5G): plastic body, smooth lines, front with top hole for camera and rear with rectangular photo module.

In the rear module there are differences since the Japanese model includes a metal edge for the two upper sensors. Yes has “only” three rear cameras (The Xiaomi Redmi Note 10 global offers a quad sensor).

The Xiaomi Redmi Note 10 JE will not be distributed internationally, at least not with this name (who knows if the brand will take it outside of Japan by changing the name). It can be purchased from AU and UQ Mobile operators and the price is not known at the moment. Considering the discord in the hardware, it wouldn’t be strange if there were between 150 and 200 dollars to change.