Until now, the so-called Hackintosh community had its followers. People who, after researching the components, assemble PCs specially designed to run macOS unofficially thanks to the system’s compatibility with Intel processors. There are very recent videos of this type of computer achieving performance comparable to that of the Mac Pro, although with certain drawbacks.

But the arrival of Apple Silicon can make this community have its days numbered. The M1 chip is the first to come under Apple’s absolute control, and unlike the Intel chip, it cannot be replicated on a PC that you can put together in pieces. We predicted it three years ago with the first rumors, and now it’s a reality.

The last years of Hackintosh 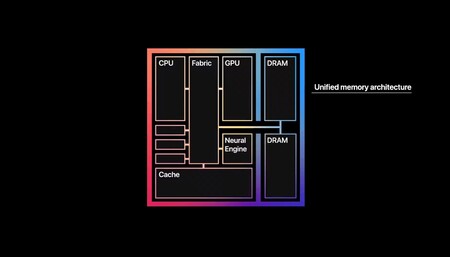 For now, there are no limits: macOS Big Sur remains fully compatible with Intel chips even if it is optimized for the M1 and its future successors. Therefore, the Hackintosh community you can always find ways to install it in PC in pieces without too much difficulty. The same will happen with all versions of macOS that will arrive in the future as long as they can still be installed on Macs with an Intel chip.

But there will come a day when inevitably we will have a new macOS which will already be exclusive for Macs with Apple Silicon. This will be the time when Apple makes the transition to its own architecture, and the Hackintosh will be relegated to using older versions of macOS that will gradually become obsolete. There are years for this to happen, but it will happen.

The possibility of install this macOS on third-party ARM chips (when they are integrated into computers and Windows is compatible) is too far away to consider: starting macOS in Apple Silicon necessarily goes through the integrated T2 security chips. And no manufacturer can replicate that on their chips, no matter how much they share the architecture.

The last hope remains in emulating macOS in a virtual machine, and even that could prove difficult in a future where Apple controls all aspects of the system. Apple has abandoned Intel in favor of its own chips to have more performance and still have a lot of room to innovate, but we can say that big collateral damage could be the end of Hackintosh. At least as we know them.