The iPhone 13’s camera will surprise us with ProRes and portrait mode for video and AI filters, according to Bloomberg

We’re about a month away from presenting the new iPhone 13. Some iPhones, although they will use the same design language as their predecessors and only show a few external changes. contain many more improvements than expected. Bloomberg collects some of these in its latest report.

Some cameras are light years away from the current generation

At this point in the year and with the launch of the new iPhone every day closer, Mark Gurman confirms several rumors that we have already heard throughout the year and also provides new information. According to the Bloomberg reporter the new iPhone will bring us several improvements in the cameras

The new iPhone 13 will focus improvements to their cameras in the most professional audience and they will appreciate ProRes for videos and portrait mode for videos. The most interesting changes that will make video capture on the new iPhone 13 much more versatile than on previous models. Gurman also confirms that these iPhones will have a smaller notch, which we already took for granted.

Among the improvements that the ProRes format will bring for video, something similar to the ProRAW format that we have seen appear for photos with the iPhone 12. It will be a format which will occupy a considerable place on our devices, but which will allow professional post-production. The file format, indeed, is not intended for general use, given its size, but it looks like Apple will give us options to record in HD or 4K depending on our needs. 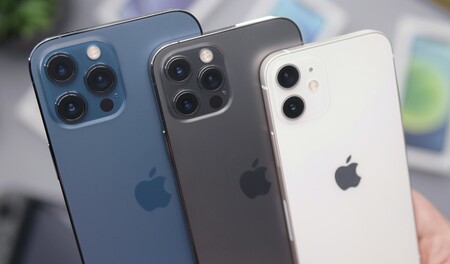 Gurman also confirms that these new iPhones will have screens with higher refresh rates and that they will have an A15 processor inside. He reiterates, however, that the improvement of photographic abilities will be the most important point interest of these new phones.

In addition to recording in ProRes Apple will add the possibility of using portrait mode in videos. This is something that we have already seen appear in FaceTime with the beta of iOS 15 and that will allow us blur the background of the shots

. This feature receives the internal name of Cinematic Video and will use the iPhone’s depth sensor to enable the effect, the intensity of which we can vary after capturing the shot.

Finally, the system for improving the colors and contrast of the photographs is expected to be improved. Apparently we can choose between different effects to apply to our photos. Something similar to what is already happening with the current filters, but with the big difference that the iPhone 13 will apply these filters to the different parts of the images using artificial intelligence rather than applying them equally to the whole photo.

Knowing this, we even know the code names of these new iPhones. Those which are called internally D16, D17, D63 and D64 have not yet made their official appearance. An appearance which, as we have seen in the company’s latest keynotes, leaves room for surprises. Fortunately, the wait is shorter.

Torch Forged in the Shadows – iGamesNews

Torch Forged in the Shadows - iGamesNews