After months of rumors about the possible launch of Huawei’s new P generation, the new Huawei P50 and P50 Pro are already a reality. The new flagships of the Chinese firm are presented with a new completely renewed design and wanting to leave behind the well-known problems derived from the non-inclusion of Google services thanks to at the premiere of Harmony OS in His Guts.

We’ll take a look at all of its new specs to see what the main best of this new generation have been.

Dual rear camera module that sets them apart from their competition

Without a doubt, the change in design that the new generation of Huawei P50 has undergone is truly striking. The company decided to incorporate a company dual camera module in circular format that give great importance to its photographic section, in addition to new colors among which we find the pink, gold, black and white, all retaining the same black finish for the camera modules. 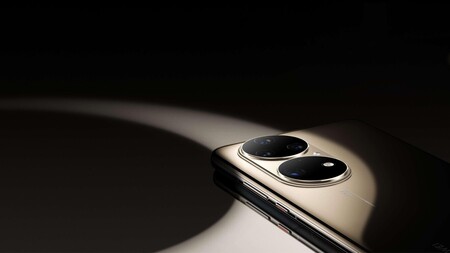 One of the differences that we are going to find between the two models will be the screen. While the P50 retains a completely flat screen, the Pro model has a curvature on the sides of the screen adopt a better-worked aesthetic.

Something they share with each other is the lack of a 3.5mm minijack, as well as the presence of USB-C, a fingerprint reader under the panel, and even water and water resistance. the dust that reaches the IP68 certification. 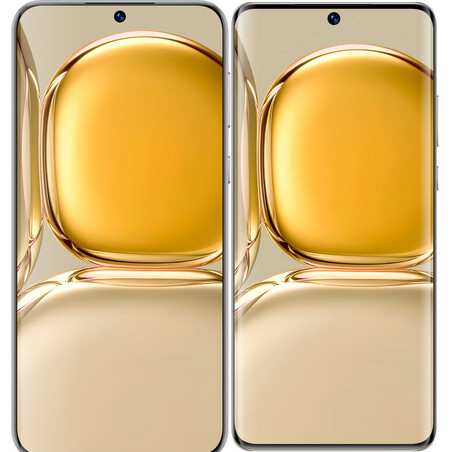 If we take a look at its panels, as we mentioned earlier, we will find some differences in their curvature, but both fit snugly around the edges and feature a hole-shaped layout on the screen. central of your camera. In addition, we also find slight differences in size and resolution, as follows:

The unexpected presence of Qualcomm processors bidding farewell to 5G 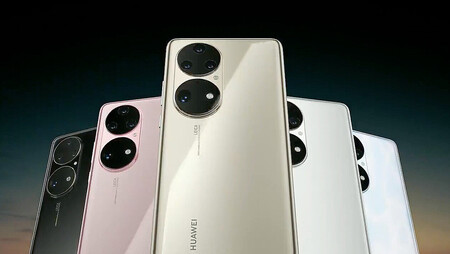 One of the big surprises that we saw in this present ation was Huawei’s decision to integrate Qualcomm processors inside this new generation of P50, in addition, with the lack of 5G connectivity

that we are so used to. Specifically, the Qualcomm Snapdragon 888 is the one chosen to be housed inside the two models, being able to choose a version with the Kirin 9000 for the Pro model. 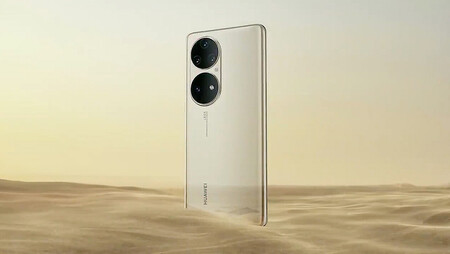 To complete its specifications at the hardware level, we find batteries of different capacities for both. If we take a look at the Huawei P50 Pro, we find a 4,360 mAh battery with fast charge up to 66 W via cable and 50 W wireless, while for the P50 it is necessary to be satisfied with a capacity of 4100 mAh while maintaining the fast charge up to 66 W, leave wireless charging aside.

Another of the main novelties of this generation is the First appearance of Harmony OS on a Huawei phone. This is making an appearance in version 2.0, and with them we will be able to check the performance that the Chinese firm has managed to implement on its mobile devices.

Zoom as the primary weapon for high-end combat

As we mentioned at the beginning of this article, Huawei wanted to give great visibility at the photographic level to its P50. These show as a major asset the capacity of its optical zooms, reaching 5x in the standard model and remaining in a discrete 3.5x for the Pro model. 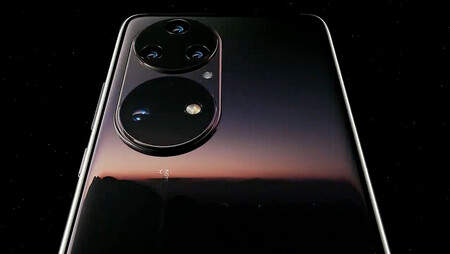 But, obviously, the P50 Pro sticks out its chest to the resolution level of its telephoto lens, with which one can get a digital zoom that reaches 100x, for the 50x of the P50. The configuration of the two models is presented as follows: 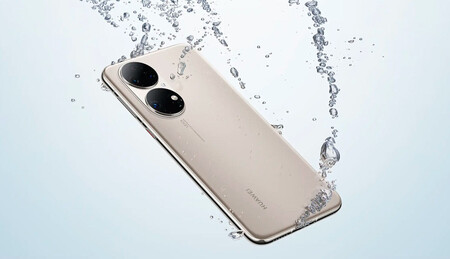 The new Huawei P50 and Huawei P50 Pro have been presented in China and, at least for now, We do not know if they will end up crossing its borders and we will be able to profit from them on the international market. The official prices are as follows:

If you’re into drama, these are the best neighbor combinations in Animal Crossing: New Horizons for you – iGamesNews