We’ve been commenting on our thoughts on the best shows Apple TV + has to offer for a long time, but so far we’ve focused on those aimed at adults. What about the children’s series in the catalog?

We have seen humor, science fiction, mystery, thrillers … there is a very varied genre for adults, but Apple has paid particular attention to the series it presents for the little ones in the house. And it shows in two of his best examples: “The Snoopy Show” and “Stillwater”.

The apple recipe: enjoy everyday life and know yourself

The former doesn’t need to be introduced: it’s a modern take on the legendary Charlie Brown, Snoopy, and the rest of their friends. In the second, a panda helps children understand how everything works. These are series that work, but not only: are the series that, if I were a father, I would try to show my sons or daughters.

I know what I’m going to say now is an argument that works now or could have worked in the 90s with television, but we live in a world in which the youngest are exposed to an endless avalanche of distractions. Additionally, content for kids is evolving at a breakneck pace that relies heavily on effects for attention that we increasingly have scarce. And the scripts, without implying that they are of poor quality, always tend towards the fantastic and the unreal.

Apple sought the opposite. “The Snoopy Show” and “Stillwater” are about life, the normal concerns that children can have. His humorous touches are sane, and in the case of “Stillwater,” he even learns to think about how to deal with anger, disappointment, or sadness. Precisely what should stand out right now among children’s catalogs. 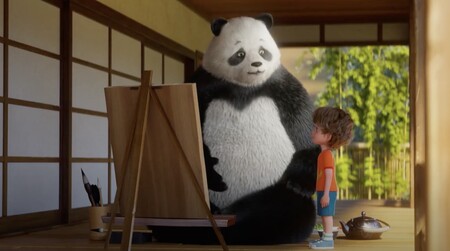 Unsurprisingly, the series won the Peabody Award for Best Children’s Series and already has four Annie and Daytime Emmy Award nominations. These latest nominations underscore precisely how ‘Stillwater’ teaches “have a perception of calm, calm down, find peace and enjoy the present, because it is more than ever necessary

Actress Goldie Hawn reiterates in the appointment that it is the responsibility of the media and big business to look for ways like this to “eliminate stress and anxiety in the youngest”.

This is where I see the intentions and the imprint that Apple TV + wants to leave. They don’t want to be just another content streaming service: they want to try and make the most sensitive audience stand out better than they did when they entered. This is something that I only saw in the adult catalog in “The Me You Can’t See”, and in the children’s catalog I see everywhere.

Análisis from Spirit of the North Enhanced Edition

Mobile phone offers: These smartphones are reduced at Media Markt and Saturn

Huawei’s best smart bracelet is on sale from 39 dollars

The HomePod will be back soon. And with audio quality similar to the original model, according to Gurman

Mobile phone offers: These smartphones are reduced at Media Markt and Saturn