The Xiaomi 12 arrives in Europe at full power and with a smartwatch as a gift: official price and availability

As promised, Xiaomi has released the latest generation of phones in its main line (now without the Mi family name) from China: the Xiaomi 12 and Xiaomi 12 Pro. they have already been presented at the end of extinction 2021 and that they still had to go one step further, that of becoming fully international models. They have already taken the leap.

With the Snapdragon 8 Gen 1 on board, both phones push their credentials to become the best-selling phones in their class. Now they land in Europe at a price that starts at 799.99 dollars from the most modest model of the Xiaomi 12. Pre-purchases will open on March 22

and will end on March 31 and Xiaomi includes a 3-year warranty in addition to 6 months in screen repair. And as a launch promotion, a free Xiaomi Watch S1 Active.

Packed with power, the Xiaomi 12 and 12 Pro march on Europe

As we’ve said before, the Xiaomi 12 and 12 Pro ride the powertrain with a Snapdragon 8 Gen 1 at the controls. Qualcomm’s most powerful processor crowns a configuration with 120Hz AMOLED displays (adaptive in the case of the Pro), 50-megapixel cameras and batteries with ultra-fast charging both wired and wireless. And there is no shortage of reverse charging to be able to use the phones as if it were a power bank or an external battery.

The two Xiaomi 12 bet on 32 megapixel front cameras for selfies and a very complete connectivity that offers both 5G/WiFi 6 and NFC chips for mobile payments, allowing purchases with the fingerprint reader hidden under the screen. And of course, the eternal is present infrared port to turn both phones into a single remote control

universal to control everything around us.

We adorn both models with Android 12, Harman Kardon stereo speakers and glass and leather bodies and we have Xiaomi’s main bet for this year 2022. Both models arrive in Europe at a starting price of 799.99 dollars for the Xiaomi 12 and 999.99 dollars for the Xiaomi 12 Pro. The launch promotion (which includes a free Xiaomi Watch S1 Active) is activated from March 22 to March 31.

Technical sheet of the Xiaomi 12 and Xiaomi 12 Pro 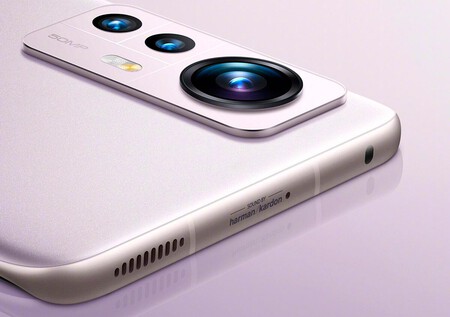