What is Google Cloud, the service that opens the region to Europe in May to compete with Microsoft Azure and Amazon AWS

The cloud is a concept that is already fairly well known to the general public. We are talking about remote physical storage, located in giant buildings that house our photos, videos and all kinds of documents. But it is also useful for companies with the same objective, and transforming their storage into online support for the Netflix or Disney+ catalog, for example.

The best known giants in the cloud industry are usually Amazon, with its AWS, and Microsoft with Azure. But Google also entered the world of hybrid clouds a long time ago with Google Cloud

, a service that has existed for more than 10 years and is now accelerating its access from Europe from next May. On May 25, specifically, we will have the new Google Cloud region for Europe, which will speed up access to the service.

Services for professionals and individuals in the cloud 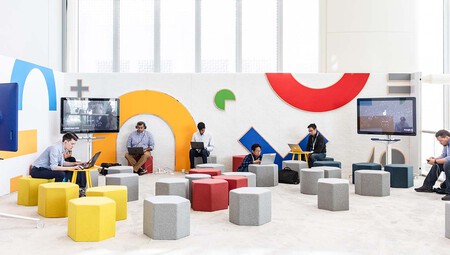 When we talk about the Google cloud, we are not only referring to the online storage part, even if “Google Cloud Storage” This is what benefits users the most in general. Like AWS or Azure, Google Cloud offers other services aimed at professionals, from companies to freelance programmers. Services accessible from your cloud and fulfilling different functions.

“Google ComputeEngine”for example, is an example of infrastructure as a service and allows you to run virtual machines in the cloud to perform different functions on them. ‘GoogleAppEngine’

for example, allows developers to use a scalable SDK for software running on App Engine. “Kubernetes Engine”on the other hand, is an open source container management system.

In turn, Google has a series of services whose function is to monitor Google Cloud itself, recording and reporting the services, applications and systems that run on its cloud. And of course, Google Cloud hosts databases in popular formats such as MySQL, PostgreSQL or SQL Server (Cloud SQL). To all this we can add ‘Firestore’ for papers, ‘Cloud Spanner’ oh “Cloud Big Table” as other additional services.

This all makes up the suite of services that Google offers through its hybrid cloud. Google hosts its own artificial intelligence engine in its cloud, the “Cloud-Based Machine Learning Engine” with APIs available for their own services (Maps, Assistant, Search, Stadia) and for users who want to build and test machine learning modules. And we don’t want to forget the IoT services that can be managed from the same cloud.

Google Cloud was born in 2010 and has continued to grow since then, offering some services to the public (Drive, Photos) and others to professional users through different subscriptions or offers for companies. Now, the new Google Cloud region for Europe opens next month. **On May 2022, the 25th, Google will launch a new node that will allow faster access to the service from our country, improving the user experience for all its customers.