Being able to charge and connect all of our devices with just one cable is something a lot of us want. With this in mind, there have already been several attempts to unify chargers and connectors in the industry. The most recent is the responsibility of the European Union, which wants to propose a law for future iPhones to adopt USB-C charger, an interesting move, but somewhat meaningless, let’s see why.

A project in progress since 2009

It was in 2009 that 14 technology companies, including Apple, decided to adapt a common port on their devices. At the moment this it would have been the famous microUSB. A connector that, fortunately, we hardly find in any accessory given its low versatility.

In 2018, there was a second attempt to adopt a common connector. The European Union has announced that legislate to force companies to adopt a single connector. A movement which was due in large part, according to the European Commission, to the more than 51,000 tonnes of electronic waste that shippers generate annually.

Now, almost four years later From this announcement, Reuters collects that the European Commission is preparing to launch this legislation.

The European Commission will present legislation next month to establish a common charger for cellphones and other electronic devices in the bloc of 27 countries, a person familiar with the matter said on Thursday.

This decision will affect iPhone maker Apple more than its rivals. IPhones and most Apple products are powered by their Lightning cable, while Android devices are powered by USB-C connectors.

A law to support a trend or a radical change 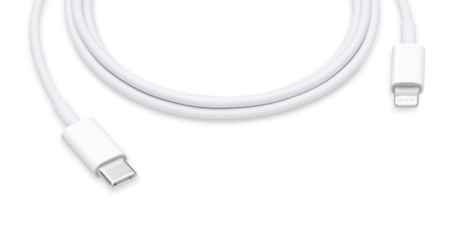 So does such an approach make sense? There is a fundamental reason why I am inclined to think outside the box: time. It’s been several generations of iPads since Apple adopted the USB-C connector on these devices. Now, rumors of the renewal of the iPad mini and the iPad for education suggest that they will also benefit from USB-C connectors. Macs have also been using USB-C for a considerable season

, being, in fact, the only port we see on MacBooks and iMac M1s.

Here I see a trend: Apple is adopting USB-C. Without going into the details of why this is a great decision, a question quickly jumps out: what about the iPhone? When will we see an iPhone with USB-C?

In my opinion, one of the best times to switch from Lightning to USB-C was with the iPhone 12 and its new design. If at this time the step has not been taken I am thinking of an iPhone without front ports than one with USB-C

. In fact, the appearance of the MagSafe system, including the recent Battery Pack, has given us even more reason to think about this connectorless iPhone that Kuo and other analysts have long predicted.

So does the law that the European Union will be launching make sense? Counting that there is still a little time left for the law to be dealt with and once that happens there will be a significant amount of time for manufacturers to adapt, we can talk about what it takes years before USB-C is mandatory on iPhone.

Between the trend to adopt USB-C in more and more devices that we have seen for a long time at Apple and the surprising delay of the iPhone, we can dare to say that when the law comes into force , either Apple have already given the step voluntarily or the iPhone will have no port.

The weirdest shooters from Realms Deep 2021 are just insane