WhatsApp messages that can only be read once, the latest addition to the app

One of WhatsApp’s most useful privacy features is the ability to send photos that disappear after viewing them once. It doesn’t completely prevent the photo from being shared, but it does help.

In addition, WhatsApp also has a function of temporary messages, which allows us to establish the duration that they will have in the chat; in this mode, the message will disappear once the time has elapsed.

Messages that can only be read once

Now, WhatsApp is working on the logical evolution of these two functions: messages that can only be read once. In WABetaInfo They have already discovered this novelty in the beta version of the WhatsApp application for Android, which indicates that it could be about to be released worldwide.

This function comes with a new button to send messages, which is differentiated by the icon of a padlock; If we send messages by pressing this button, we can delete them automatically after the other user has read them. 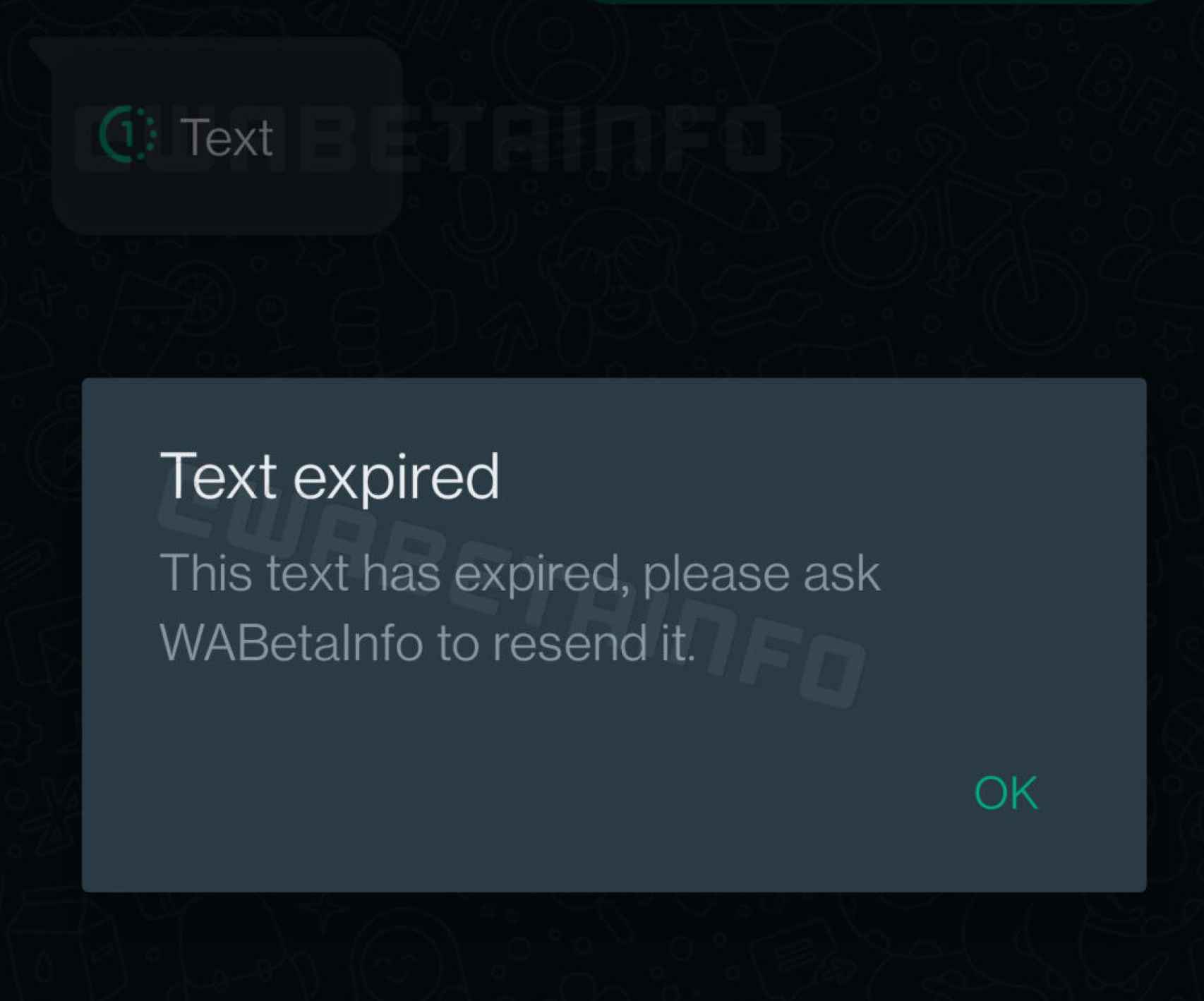 It’s as simple as it sounds. Once the recipient has opened the message, it will appear with an icon indicating that it can only be viewed once; then the message will be automatically deleted, and if we click, a pop-up window will appear indicating that the message has expired, recommending that we contact the other person to resend it to us if we want to read it again.

This feature can be very useful in many situations; For example, if we want to share private information but we don’t want it stored on the other person’s phone. It also saves us from having to delete the message manually so that it is deleted on the rest of the connected devices.

As with photos that can only be viewed once, the WhatsApp app will block screenshots while that special message is displayed in the chat, a security measure to prevent it from being shared with others. third parties without our express permission.