Xiaomi’s return to Android tablet territory is approaching, and the new and long-awaited one Xiaomi mi pad 5 it sounds louder every day. Previously, we have already seen a few renderings of the possible design of this fifth generation, but now we are receiving real images of this new Xiaomi tablet in the hands of a user that show us its possible final appearance.

In principle, the loudest rumors speak of up to three variants of this Mi Pad 5, all of which are fitted with Qualcomm and dividing the range into possible “Lite”, “Standard” and “Pro” models.

A design according to the Xiaomi Mi 11 series

As can be seen from these filtered images, the new Xiaomi Mi Pad 5 will maintain a continuous design compared to the current Xiaomi Mi 11 family, showing a rear with a square format camera module with rounded corners and the logo of the Chinese firm at the bottom. 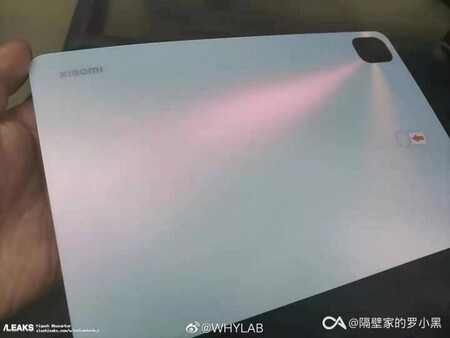 Other leaks from the social network Weibo claim that we will see up to three possible models of the new generation of the Mi Pad 5. The first of these would correspond to a budget alternative called “Light”, which will have in its bowels the Qualcomm Snapdragon 860 processor, fast charging up to 33W, a 12-megapixel main camera and a solvent-based LCD panel with 2K resolution with refresh rate that will reach 120 Hz.

As an intermediate model we will find the Xiaomi Mi Pad 5 “Standard”, making a leap in power level with the Qualcomm Snapdragon 870 chip, capable of hosting a fast charge up to 67W

power and incorporating a 10.95-inch LCD panel signed by Huaxing Optoelectronics with a 2K resolution and a refresh rate of up to 120 Hz. 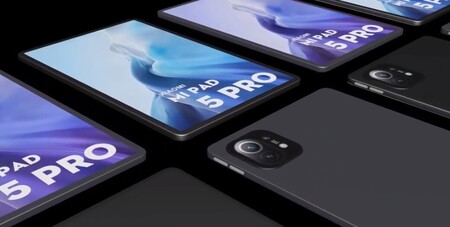 Finally, we would have the acclaimed “Pro” model where we will see the maximum benefits of this tablet. Everything indicates that the processor would remain compared to the standard model but, in this case, will be compatible with 5G networks to be able to access the network via a data rate. The biggest changes we would see at the photographic level, where a sensor with a resolution of 48 megapixels will be incorporated, as well as compatibility with your own stylus.

As for the rest of the specs and functionalities, we don’t know much beyond that, perhaps, we will have a new compatible keyboard to be able to take full advantage of the capabilities of MIUI, a layer of customization that will result in the implementation of MIUI PC, an ideal desktop interface to maximize our productivity with the device.

In short, it seems clear that the arrival of the fifth generation of the Xiaomi Mi Pad is closer than ever. Its possible presentation would take place throughout the next month of August. in China, later reaching the rest of the markets as is customary in the company’s strategy. We will be attentive and see if, finally, Xiaomi confirms its return to the Android tablet market.