At the end of last year, YouTube for Android gave its subscribers a very limited time to try out one of the most anticipated new features of its video service: display the most played parts of a video.

Well, five months later Youtube announced that this long-awaited feature starts reaching all of its users today so that they may find the most interesting moments in a video. 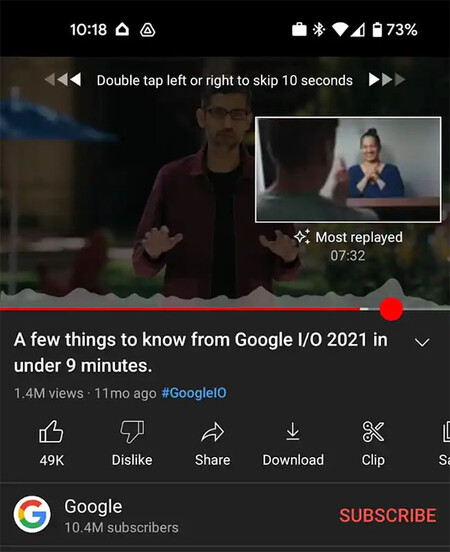 This new feature does not hold much mystery. To discover the most played parts of a video we will only have to drag playhead to scroll during playback. When Google activates this novelty on our device, we will see how when scrolling through the video a new graph will appear which will indicate how many times a part of the video has been played multiple times. If the graph is high, it means it is one of the most viewed parts of the video, displaying a badge for the most repeated moment that indicates that it is the part was viewed the most times in the video

In this way, if we start watching a long video, we can advance the playback in the most watched moments of the video, which are usually the most important, thus saving us from having to watch the whole video if the most important is focused in a few seconds or minutes.

YouTube will also test a new way to search for a specific time.

Currently, if you want to find the exact moment of a video, you have to move the cursor along the timeline and look at thumbnails of each second or minute, which requires you to search the entire playbar for something that will soon change. 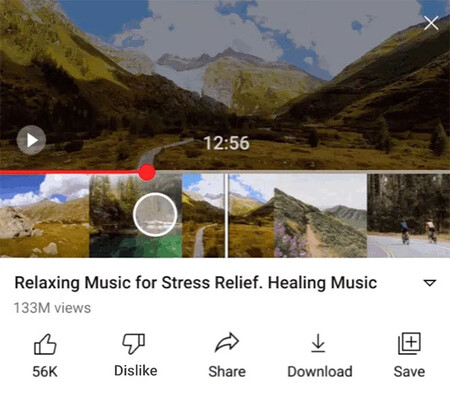 Subscribers are coming soon YouTubePremium they can try a new way to find the exact moment of a video. As they move the playhead, they can drag it up to see a visual timeline with thumbnails for each moment in the video. This way we will not go blindly to locate that moment of the video, because we will be able to see in which part of the video its thumbnail is. In a few days, this test function will be available via YouTube.com/new.

Warzone 2 would be based on the much-maligned Blackout (Black Ops 4).

Warzone 2 would be based on the much-maligned Blackout (Black Ops 4).