Between movies and series, more and more video games have expanded their universes with this type of products that can be seen especially on platforms such as Netflix. There we have the examples of The Witcher, Castlevania, Dragon’s Dogma, DOTA and many more so Riot Games did not want to be less, hence it just premiered Arcane.

It is not only the first series of the company, but it is also the first series corresponding to the universe of League of LegendsHence, it is such a special and highly anticipated event since it was announced on the tenth anniversary of the acclaimed MOBA that has millions of players from around the world.

It was clear that a moment like this does not repeat itself every day and that is why Riot Games has put all the meat on the grill with the promotion that he has carried out of the series, with collaborations in other games, with lighting a building in Dubai in which images of the episodes were paraded and of course premiering it right after the LoL World Cup final. So it is clear that Riot Games has not wanted to leave anything to chance by perfectly choosing the dates for everything.

If you are one of those who have a Netflix subscription, then you can already heat up a bag of popcorn and grab a drink, because the first three episodes of Arcane are now available, although we have had the opportunity to see them in advance. Therefore, we are going to tell you what we think of this first act with which, honestly, we have been left with a huge desire to know how it will continue.

From the wealthy city of Piltover to the suburbs of Zaun

The first thing you should keep in mind is that you don’t need to have played League of Legends at all to see Arcane. It is clear that in series of this type those who are fans of the game will better recognize the different champions that appear from time to time, but the argument starts from a point that it is not necessary to have played a single game of this title.

Therefore, it does not matter how familiar you are with this universe because the chapters are going to be enjoyed anyway. Also, although they are related to the official lore of the game, the events that are happening do not happen in exactly the same way. But do not worry, because we are not going to gut anything really important so that you can see it at ease on your own.

In any case, it does not mean that it is a bad adaptation, far from it, because the relationships that the characters maintain do resemble those told in the game’s history. That said, the plot tells us about the delicate balance that exists between the wealthy town of Piltover and the underprivileged town of Zaun. 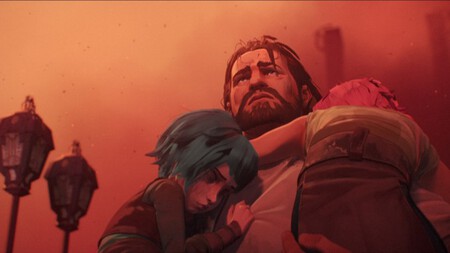 In the case of the former it is considered the city of progress and in it, apart from housing wealthy families, reside some of the brightest minds in all of Runeterra. Aware of this situation, the group of protagonists led by the young versions of Jinx and Vi They will try to seize some good loot that can be useful to survive in the neighborhoods of Zaun. However, the mission will not be a breeze and it will be what triggers everything that will take place later.

Even so, although all the prominence falls on these girls, there are so many other characters that are parading and that have also been extracted from the game itself, such as Jayce, Caitlyn or Viktor, among others, although again all of them are coming out on stage with their younger versions, hence not all of them have their full powers or abilities for which they are really known all over the world. , so it is also appreciated to better know its origins, ambitions, etc.

Also, along with all of them there are as many characters that appear for the first time in Arcane, both on the side of the protagonists and the villains. The truth is that naturally of course it is appreciated that such popular champions are represented in the series, although seeing new faces is not bad at all. In fact, there are some that are undoubtedly the best of the entire series and it would not be surprising if they are well received Riot ends up including them in the game as playable characters. 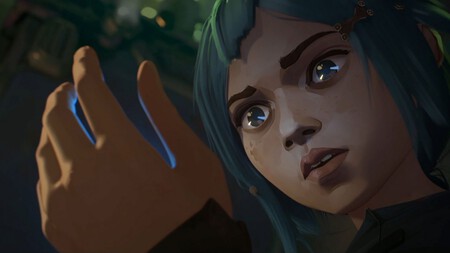 Each of the first three chapters of Arcane features an approximate duration of between 40-45 minutes and the truth is that all of them pass in a sigh that makes you wonder “already ?!” as soon as they finish because of the excellent rhythm with which everything is happening. As soon as you go from a sequence with conversations between the characters to a full action scene with fights or chases.

I have to say that I have no idea what will happen later, but the third episode is simply impressive because of how well it mixes the moments of action, emotion and moral decisions involved. make you fully empathize with the characters for their behaviors, ideologies, etc., which has made me count the hours, minutes and seconds that remain until the next batch of episodes is released. 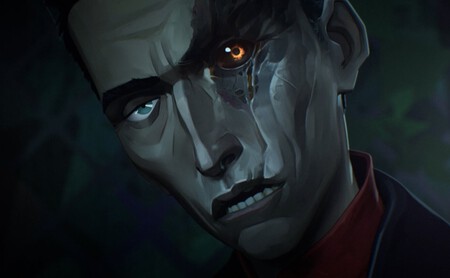 And in the middle of all this mess, the main culprit that causes most of the events that happen is the discovery of Hextech technology, which gives anyone the power to control magical energy, something that is not frowned upon by everyone. What’s more, those of you who have played League of Legends You will know why it is so important and the relationship it has with certain characters, but if this is not the case, nothing happens because you will end up discovering it little by little.

Either way, it’s amazing how tremendously good the animation of the episodes is, something that without a doubt is the one that helps you the most to stay glued to the screen from beginning to end. Especially because of how well the characters convey their emotions through their faces, but also because of the effects, the setting and other aspects that appear on the screen that make this first arc a pass, so it is also understood that Riot Games is spent so much money promoting it. 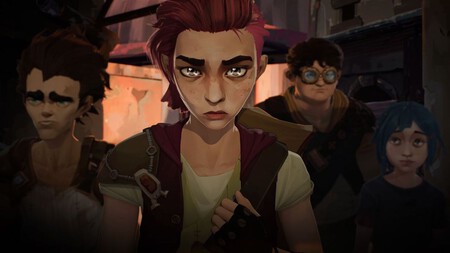 The first chapter of Arcane has enchanted me, the second has seemed brutal and the third has made me want to applaud because each of them are excellent. It is too difficult to get something out of it to animation, the way the story is told or the pace with which everything happens. Perhaps the most faithful followers of League of Legends They would have appreciated that the story was more similar to that of the lore, although you can rest assured because you will like it anyway.

Along with all this, it must also be recognized that Castilian dubbing also helps due to the excellent choice of voices that has been made, despite the fact that certain characters do not have them, although the ones that have been maintained are those of Vi and Jinx, so something is something. We will see what else Arcane will bring us when the next three chapters are released on November 13 and how it will all end when we can see the last three on November 20.

What is clear is that League of Legends has more than enough material to surprise us very pleasantly with more series of this type and of course we cross our fingers so that Arcane is the first of many more that they end up seeing the light in the future.