All information about the Spartacus; its features and specifications, subscription options and games

Between the years 73 and 71 before Christ, a Thracian started a revolution against the roman empire itself. Wow, nothing less than the third servile war! Spartacus It was his name and what he achieved made history. At least, enough so that, according to more and more sources, Sony borrows its name while shaping the rumored PlayStation’s new subscription service.

First things first: the so-called spartacus project it has not been neither officially announced nor confirmed by Sony or hinted at through any of their official channels. From there, what means like Bloomberg, VentureBeat O Kotaku affirm through their own sources the same information around the new service already gives us a clue of what is cooking for the future of PlayStation.

We are very clear that Spartacus is a code name for something bigger, but the real question is not the name of the service – or the subscription options – but what it brings to the player

, how it will influence the current PlayStation Plus and what will make it different from other alternatives such as Microsoft’s Xbox Game Pass or Nintendo’s Nintendo Switch Online. And despite the fact that it seems that it will not take too long to have the official answers, sharing what has already been said we can reach quite illustrative conclusions.

What is Spartacus, how is it different from PS Plus and when will it be available

Spartacus is the code name of rethinking the PlayStation subscription program. Its official presentation, according to Bloomberg, will take place during the last week of March 2022 and would be the natural evolution of the current PlayStation Plus, which allows online play on PS4 and PS5, as well as access to games and other benefits.

Although, it is normal to compare what will be offered in Spartacus with PS Plus, the truth is that -according to reports- it will also serve to unify the current online service for PlayStation consoles with PlayStation Now, its other online gaming subscription, through of three different subscription options that will also add new claims or advantages such as cloud gaming.

Thus, we would meet three alternatives whose final names and price seem to have jumped ahead of time:

In this way, and always according to rumours, PlayStation Plus Essential It would be the equivalent of the current PS Plus that would open access to online gaming and retain access to new titles every month as long as the subscription is maintained. What’s more, its price compared to the current service would not vary too much either.

The other two options are actually more interesting. PlayStation Plus Extra adds to the above and adds an additional catalog of titles for consoles. However, the number of included games has not been specified. The more or less equivalent model would be the Nintendo Switch Online (in the absence of defining its catalog) or that of the current EA Play on PC.

However, the real candy is PlayStation Plus Premium, which includes all the content of the previous plans and adds three additional incentives for an estimated amount of 16 dollars per month:

Given that PlayStation has not referred to any of these plans nor to the existence of Spartacus, it stands to reason that there is no date on the table. All in all, if announced between the end of March and the beginning of April, we can expect these new options to be implemented in the short and medium term.

And what will happen to current subscriptions? Given the similarities between PlayStation Plus Essential and the current PS Plus service, it is logical and predictable that the only thing that will change is the logo itself and little else. All in all, it is an answer that Sony will have to answer in case of making a move. 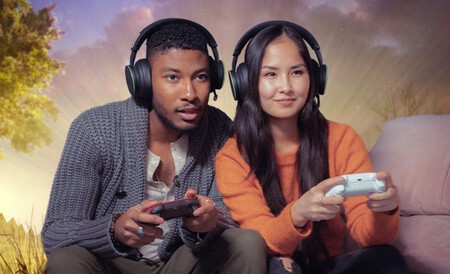 It does not surprise us that PlayStation is turning to offer a better subscription service for its consoles. In fact, Sony has already advanced it several times in recent years. And despite the fact that comparisons with the successful Xbox Game Pass will be inevitable (something that Microsoft’s Phil Spencer deservedly draws from), the truth is that both services can coexist.

Starting from the essential, fair is comparar PlayStation Plus Essential con Xbox Live Gold, since both are the gateway to online gambling with monthly incentives. And, although it must be admitted in an objective and proven way that the latest Plus titles are more interesting, those offered by Microsoft’s alternative are suitable for Xbox One and Xbox Series X / S. In addition, of course, to the free games of the xbox weekend.

On the other hand, the true comparison of the Xbox Game Pass would come from the PlayStation Plus Extra plan, and here there are nuances:

Finally, the option PlayStation Plus Premium is the most aligned with Xbox Game Pass Ultimate and the one that the two alternatives really face their similarities and differences.

There is an additional service from Microsoft to take into account, but for practical purposes it does not have its equivalent on PlayStation: Xbox All Access, a very sweet financing program that includes console and services.

Logically, this table will be much more illustrative in case Sony decides to make this long-rumored unification project public. However, the weight of it lies again in its exclusivities. Because sagas like Uncharted, God of War or titles like Bloodborne have a very special weight.

How the new services will influence the future of PS5 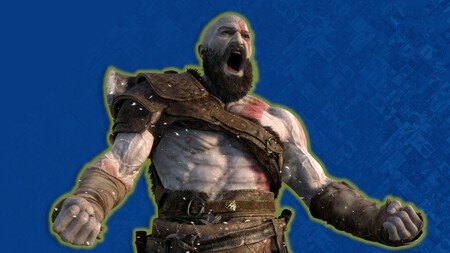 To offer una alternativa real al Xbox Game Pass At a time when everyone is consolidating their own gaming service (including Apple or Google) it is no longer an option for PS4 and PS5 owners. Even Netflix itself wants to run as the netflix of video games! And when cross-play is gradually taking over big games, the first priority of any platform is that they choose your system when it comes to sharing games.

Buy a PS5 to play classic games, or at least paying what a next-gen console is worth, might seem like a counterintuitive move. After all, not all early PlayStation games have aged as well. However, Sony’s legacy is so powerful that it makes us consider paying a little more to recover its great jewels. And for sample, there we have Nintendo Switch Online.

Thus, the rumored Spartacus project is running as a natural evolution of how PS Plus should be in the current systems and what it should offer to the players of always. But also an essential gear for the expansion of PlayStation as a brand, which also addresses the jump of its sagas to cinema and television or the arrival of its best games on PC.

However, Sony does not stitch without a thread and opening the door to cloud gaming through the service can be a master move. Especially when it comes to revitalizing a PS4 that has come out very strong after the shortage of PS5 units. For Microsoft it already is.

It will be very interesting to see if PlayStation redirects its next efforts to projects with a strong online multiplayer, such as the great Xbox games (Halo, Forza, Gears or Sea of ​​Thieves, to name just a few), given that the Single-player experiences have always been the ones that have consolidated their catalog and, by extension, that responsibility has been delegated to third-party games. However, that Call of Duty is already part of Xbox Game Studios is, to say the least, a disappointment.

In any case, and despite the fact that everything affirmed and rumored must be taken with a minimum of moderation until Sony confirms or denies what he has in hand, it is more than clear that PS Plus needed to evolve, and the suggested direction It already opens very interesting doors.

All information about prices, release and specs