The essential: Monster Hunter: Legends of the Guild is a digitally animated film produced by Capcom itself in collaboration with Pure Imagination Studios (Batman: Dark Flight, Justice League: Battle for Metropolis). Its premiere is scheduled for next August 12

worldwide and exclusively on Netflix.

Announced as an animated special three years ago, in July 2018, Monster Hunter: Legends of the Guild introduces us to Aiden, a young man who dreams of becoming a hunter. A wish that will soon be fulfilled, albeit in especially delicate circumstances: the indomitable brutality of an Elder Dragon is about to reach its native village, and to stop it will be necessary to make use of every sword, hammer and crossbow.

Judging by the poster and the first trailer, Monster Hunter: Legends of the Guild moves away from the photorealism of Resident Evil: Infinite Darkness and embraces without hesitation the aesthetics of the video games of the main saga. Advancing, in the process, that there will be beasts of all sizes and colors, huge weapons and lots of winks to video game fans.

And, for sample, the official poster of the film. 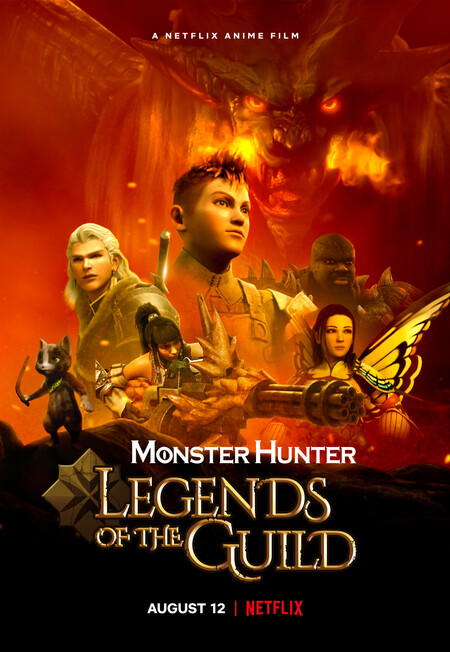 The saga Monster Hunter It is going through a very sweet time: considered a cult series in Japan, its relatively recent international success has definitely catapulted its popularity. In fact, it is no coincidence that the premiere of the series is not too far removed from the premieres of Monster Hunter Stories 2

For its part, Netflix continues to swell its catalog of series based on video games at an overwhelming rate and has found a dream ally in Capcom: it was released a few days ago Resident Evil: Infinite Darkness, the four-part series integrated into Capcom’s Survival Horror universe, and it is worth remembering that the animated adaptation of Dragon’s Dogma.

Although, to be honest, we hope that Monster Hunter: Legends of the Guild outperform both animated productions. In the case of Dragon’s Dogma has it relatively easy. 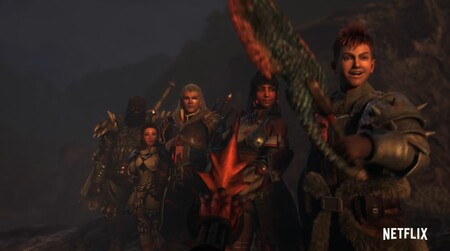 Meanwhile, the video game saga continues to grow: the Canynes are already running around Monster Hunter Stories 2 while Monster Hunter Rise adds new content and costumes inspired by Capcom’s JRPG. If there is a good time to jump into the saga, definitely is this.

Game test postponed, but with crossplay

Game test postponed, but with crossplay