Echoes of Mana, an RPG in which all the characters of the Mana series will appear, is announced for mobile phones together with Trials of Mana

In addition to the announcement of the Legend of Mana anime series, during the event that Square Enix has held dedicated to the 30th anniversary of the M ana saga, the development of a new video game for mobile devices that will respond to the name of Echoes of Mana

The title in question will be available for iOS and Android and will be a kind of tribute to the entire franchise, since all the characters from the different games in the series will appear. Among them there will also be two new protagonists, a boy named Kilt and a girl named Kilte, so you will have to choose one of the two.

The plot will take place in a world in which everything has been lost and the character chosen will be in charge of travel through various worlds in the form of memories to search for the sword of Mana, the only one capable of returning everything to normal. In this sense, apart from the classic heroes of the series, there will also appear places that will be recognized by fans and there will be battles against final bosses that will be familiar.

All characters from previous Mana games will be controllable and they will have their own voices. When playing, you will have to choose a group of three to fight action battles in real time with the simplest controls. On the other hand, it will be free-to-play with internal purchases, so it will have to be seen over time if paying will be necessary to unlock a specific hero. 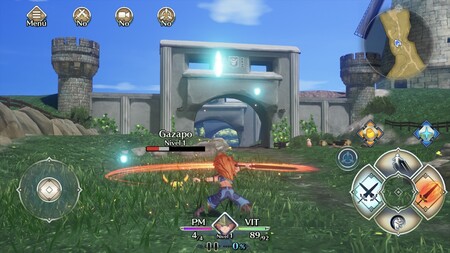 Instead, the one that will be paid will be Trials of Mana, on which it has also been confirmed that it will make the leap to iOS Y Android next July 15 with a price of 26.99 dollars. The game will be exactly the same that we saw last year on PS4, Nintendo Switch and PC, with the difference that the interface will be different to adapt it to mobile devices along with the addition of other options such as making the camera move automatically. .

Know these 6 changes that July 2021 will bring to Animal Crossing: New Horizons – iGamesNews

Where to book life is weird: true color

Where to book life is weird: true color