Within the Spanish proverb it is very typical to say that of “the one who follows gets it” in relation to the value of persevering in the work we do, in the fact of not losing hope and that the good will come if we are constant. And this could not be better applied in Asobo Studio, a French independent developer that emerged in 2002 that started with licenses until it exploded like crazy in 2019.

Until that date his work had been in the background, limiting himself to Pixar licenses, offering assistance to other studios or directly handling the conversions of consoles that had their expiration date on their foreheads. A study that did not enjoy during that time of creative freedom to prove its worth until it reaped awards with the formidable A Plague Tale: Innocence.

Ratatouille, Wall-E, Up, Toy Story 3 … and many more 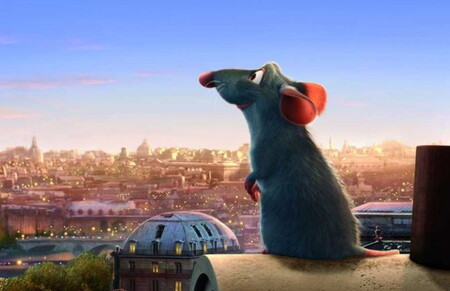 When thinking about French studies, it is inevitable that the name of a whole history like Infogrames will come up right off the bat, but if we go to modest teams it is possible praise Asobo Studio’s track record knowing what the 1st French independent developer focused solely on consoles and PC.

Created in 2002 by “a group of video game enthusiasts”, it has worked for reputable licenses such as Disney, Pixar, Universal, Fox and Hasbro, and with the backing of veteran companies such as Ubisoft, Codemasters, Focus Home Interactive or Microsoft, surprising in the latter case the fact of having created two video games for augmented reality of the Hololens

After minor titles in the beginning, such as Super Farm or Counter Terrorist Special Forces: Fire for Effect, its first known license would come with a video game of Garfield, taking care of the PS2 and Windows versions. Although it would not be until 2007 when he would have more fortune to obtain an agreement with THQ for several licenses of the animated films of the moment, starting with Ratatouille.

With PS3, Xbox 360 and Nintendo Wii on the market, Asobo Studio had to settle for conversions to PS2, GameCube, the first Xbox, the PC sector and the aforementioned Wii, with this new Big N console being the only exception. of a tonic in which I would continue being relegated to old system conversions, like PS2 on Toy Story 3, for example. With Wall-E and Up the same thing happened

, adding PSP and Windows to the equation. And they weren’t the only licenses …

Without going any further, in 2012 he delved into the Disney-Pixar binomial with Kinect Rush: A Disney-Pixar Adventure, being an exclusive Kinect game for Xbox 360 and before which it would repeat five years later with its adaptation to Xbox One. In addition, it was in charge of the remastering of Disneyland Adventures in 2017 for Xbox One.

Away from those companies in the celluloid world, a special mention must be made as the study responsible for Monopoly Plus both on PS3 and Xbox 360 as well as on PS4 and Xbox One, one of Ubisoft’s bets for refloating the license of the mythical board game in 2014. But, Who remembered that Asobo Studio was behind the project? Almost no one, as the Ubisoft name weighs more, of course.

In 2009 he had a first opportunity to stand out thanks to the FUEL edited by Codemasters. It was the first serious work of Asobo Studio, as well as ambitious, since it offered us a set of Racing in an open world of more than 14,000 square kilometers. And to top it all, with a post-apocalyptic setting in the United States, although without reaching the extremes of the iconic Mad Max.

Unfortunately, the experience was not up to the task, despite the appeal of tackling extremely harsh storms in the middle of the race, or enjoying a good variety of vehicle types. It was a game far from excellence that did not even reach the notable average in the specialized media, being relegated to oblivion a short time later. Now, your backward compatibility with Xbox One and Xbox Series, especially for the last one in the face of screen loads.

Curiously, Asobo Studio would soon repeat with another speed game with a large map, when handling the Xbox 360 conversion of the The Crew from Ubisoft of the year 2014. For its sequel (The Crew 2) his work would be relegated to offering additional help to Ivory Tower in the middle of 2018.

Unfortunately it was still a second-rate study that did not stop appearing in this type of collaborations, like the risky but vindicable Quantum Break of Remedy Entertainment or that ReCore that deserved better luck. He was even in charge of the “Ultimate Animal Collection” of Zoo Tycoon for PC and Xbox.

May 14, 2019 The history of Asobo Studio marked a radical turn thanks to the launch of A Plague Tale: Innocence

through publisher Focus Home Interactive. After its distant presentation in 2017, where it was initially known as “The Plague”, this adventure starring Amicia and her brother Hugo would end up becoming a of the biggest surprises of 2019. In iGamesNews, without going any further, entered our top 10 on its own merits with its history.

Set in 1348, it put us in the shoes of two members of a noble family who saw how everything around them vanished, first by the English army, after witnessing how they executed all the inhabitants of the area; and in the second instance, repudiated by the surrounding areas, partly because of the plague that ravaged that fateful time in our history. Until everything got worse if possible with swarms of thousands of bloodthirsty rats that only feared fire.

If Asobo Studio is back in the news, it is not only because of that optimized version coming out on PS5 and Xbox Series on July 6, with a major conversion for Nintendo Switch thanks to the cloud, but also by the excellent news that meant discovering this E3 2021 that next year will be released its continuation, nicknamed A Plague Tale: Requiem. And with Game Pass.

Knowing his enormous trajectory with known licenses, it is evident that the one that has brought him the greatest success lies in the resurgence of Microsoft Flight Simulator in 2020. The responsibility was maximum, having to bring everything back to life a PC history after a fourteen-year hiatus. And it is clear that the result has been tremendously positive, especially for the faithful of the simulators.

It is another job that is still in fashion, not only because of the updates it has received since then to offer more content, but because of its upcoming conversion to Xbox Series (July 27, finally!) And that Future DLC about Top Gun.

There is flight for a while, especially after knowing another type of improvements in relation to its accessibility, so that the laymen in the field have more incentives now with their debut on consoles, for the first time in its history. And in the same way, there is flight for a while with Asobo Studio after its definitive accolade in 2019. Will it be one of the future with Xbox Game Studios? It would not be surprising, of course.

Releases for the fourth week of June 2021 on Netflix, HBO, Amazon, Disney + and Apple TV +

How to activate the view protector in Samsung mobiles

DICE will continue to focus on Battlefield 2042 instead of developing Star Wars: Battlefront 3

EA announces the development of three games at Respawn

How to activate the view protector in Samsung mobiles