You may not believe me, but I doI’m a member of the Annapurna club. Moreover, I have a card that recognizes me as one of his loyal followers and that I will be there to test all the works that come out of his catalog. That is why an event as special as the Annapurna Interactive Showcase it was among my priorities this week.

It did not disappoint, really. Expansion for Outer Wilds, the cat wonder of Stray or always appetizing experiments like Neon White were present and among the most interesting revelations was Storyteller. The work of Daniel Benmergui and Jeremias Babini has launched its own demo on Steam and as a good comic book worth its salt, there I have thrown myself. Spoiler: it has not disappointed.

If the games that are under the wing of Annapurna have been characterized for something, it is to offer us bizarre mechanics and combinations. This time we find an unusual mix, in which books and puzzles shake hands

in a really effective way.

In Storyteller our task will be to read the title of the plot and, through different pieces, conform that argument that they ask us. With very few elements, he manages to exploit its formula with great mastery. This is because we can only place characters and scenarios to advance the action.

For example, if we place a chapel, we will cause the characters that are in it fall in love and get married instantly. If, on the other hand, we plant a cemetery with a grave, love will be instantly broken by the loss of the loved one. Man with man, woman with man … no matter what the sex is, every couple is compatible, except when the script prevents it.

Liters of cunning to solve the puzzles

The proposals are diverse. In the demo we can overcome thirteen levels of all kinds, as we begin with classic tragedies, going through Adam and Eve being punished in paradise and ending with Count Dracula doing his thing at night. 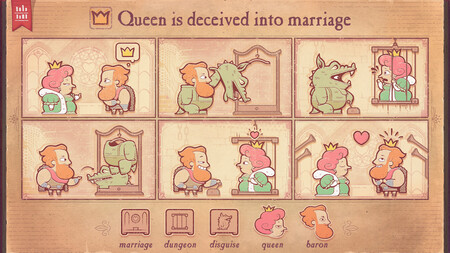 As there is limited space for vignettes, it will be necessary to hit the coconut. It is very likely that it seems to us that with one more space, the story could be made, but the logical steps must be taken into account. If we have to get a “love from beyond”, we will have to liquidate the couple, to later reunite them in the form of a ghost.

The opposite case can even happen, in which we have spaces left over and the objective is still achieved. What’s more, we can even add sequences that do not alter the final result, they simply fit into the story as each player conceives it. The truth is that the further you advance in Storyteller

, the more you realize your potential, opening the fan to greater fantasies and increasing the number of cards in what seemed like a meager deck. 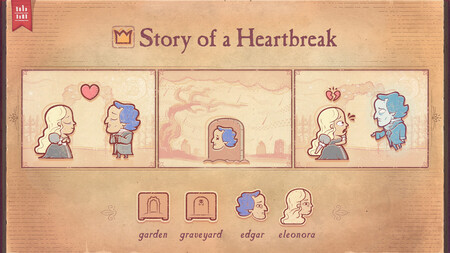 The turn of the Screw

When you are left with the desire to play more and start biting your fingernails waiting for the release date, the book that illustrates the stories surprises. On the last page a jester’s hat awaits us, which if we use will cause several previous levels to change title.

What originally consisted of marrying the queen after saving her from the dragon, now becomes get the dragon himself to rule the kingdom. Or why not, make Adam suffer from apple filling. Yes, those that should never have taken from that tree and that damned snake. 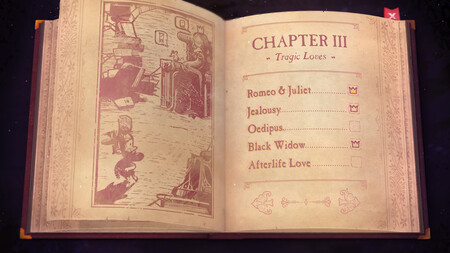 Werewolves, witches, bards, priests, children … many are the characters that are shown as a preview for what will come Storyteller. The work has fascinated me and it goes straight to the list of games to be aware of, awaiting its arrival on February 1, 2022 to Nintendo Switch and Steam. What is no longer surprising is Annapurna; an ability to smell talent such as has rarely been seen in the industry.

Clear CMOS on the motherboard, the reasons for doing it and how to do it

HomePod sales increase 180% ahead of next model

HomePod sales increase 180% ahead of next model