Kate Bishop is a nice addition to the Marvel’s Avengers story, but the game still carries the same problems

Since I completed the story of Marvel’s Avengers in September, he had not played this joint venture between Crystal Dynamics and Eidos Montreal again. And mine is not an isolated case, since the peak of players has down a lot since then, being one of the most media failures of 2020.

Such repetitive nature for its missions, coupled with a rather poor performance on consoles (no, the optimized patch that will take advantage of the extra power of PS5 and Xbox Series X|S; it will be in 2021), weighed too much, failing in a bad way compared to Marvel’s Spider-man, where Insomniac Games did offer a much rounder product from start to finish. But disappointment aside he had to try his first incorporation with Kate Bishop. 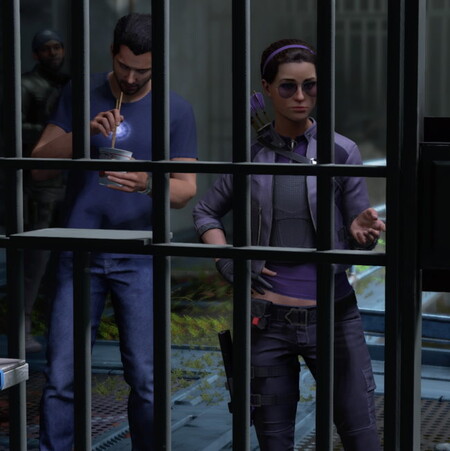 First, most important: Kate Bishop arrives as a free character and with her own story arc, continuing the events after what happened at the end of Marvel’s Avengers

. But don’t worry, we won’t do any kind of gutting.

Kate is not only the first heroine to enter this adventure, but also the first woman to take the name Hawkeye of the Marvel universe, being also announced in the future Clint Barton (the first Hawkeye) or already Spider-man exclusively for PlayStation consoles. In fact, Kate’s plot connects with Clint’s, as its creators have already dropped, acting as a nexus for the new story that awaits us. And the truth is that despite a rather hesitant start, the end is settled and we want to see how the Avengers will face the new threat that will come in the future …

It could be said, therefore, that the plot of Kate serves to usher in the new season of Marvel’s Avengers, where we hope that the only novelty is not only its new story, but that Crystal Dynamics and Eidos Montreal take the opportunity to continue polishing their work, which still carries a large part of the problems that made it not an enjoyable product from start to finish.

In the almost 15 missions of this expansion (with some that are simply chatting, be careful), I have been able to verify that very similar interior areas continue to be abused, along with Agents of Mayhem, with all that string of missions cut by the same pattern. There is only a slight hint of change in a couple of them

, varying a little the way to rescue some allies or in order to follow a numerical sequence to activate an extremely important mechanism.

At least this Marvel’s Avengers DLC is free 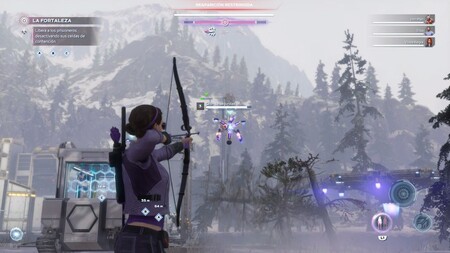 Logically, Kate Bishop is the master of the show, having to play with her necessarily in a few missions of that main plot, being quite enjoyable, for the rest, as Avenger when she enjoys a series of movements and attacks different from the rest of her companions: the most obvious, the use of the bow, with three types of arrows, one of which is explosive that must be charged to create a sufficient parabola to reach the target.

His mobility in order to overcome distant distances is based on horizontal and vertical teleportation, standing out, in turn, for a decoy that he can leave to continue shooting (and mislead, already in passing) the enemy. This, coupled with two much more offensive extra abilities, make her a more than competent character that I have enjoyed much more than others, like Black Widow.

It is not the only face that makes its debut in this expansion, but we will avoid revealing the surprises. We will say that there will be a new underground base, but that it will not have its own faction tasks. It should be added, of course, that now the game allows us to manage these tasks more comfortably from any of the bases, without having to travel expressly to the other to activate them.

There’s a new boss debuting in Marvel’s Avengers, which is also to be appreciated, although others that we defeated previously are rescued to make a big difference and that pose a greater challenge to some of the missions. In this sense, we also have the so-called Tachyon Rifts, a series of missions with a timer that force us to collect a few flashes to continue increasing the time. They are quite difficult, in part because they are recommended for characters around 150 power, so be careful.

So, worth? Being free and for the final moments of its plot, it is not disgusted either, but it is clear that Marvel’s Avengers must polish other facets first and offer more varied missions so that you can rub shoulders with the best superhero video games, such as Batman and Spidey, without a doubt.