If there’s a good time to catch up with FIFA and eFootball, this is it. EA Sports is reluctant to offer a cross-platform experience that is already the norm among competitive games, and the revamped PES from Konami has been more of a stumbling block than anything else. UFL, aspires to be the alternative to both sagas and the name of its game model is also a declaration of intent: fair to play.

The premise is simple: UFL will be a new free football game, created on the Unreal Engine and in which, according to Strikerz Inc., those responsible for the project, will end up penetrating and finding their own niche in the market, prioritizing the ability of the players while discarding the option to win (textual words) at the stroke of a checkbook. On paper the thing promises, but What do they have to contribute to what has already been seen?

For now, Strikerz have started to get the job done by establishing key alliances in terms of licenses and partners, advancing key aspects of their plans to UFL and tearing down the entrance wall so anyone can give it a try: Your soccer alternative will be played for free on desktop. Although, on the other hand, essential details such as the launch date must be specified much more. 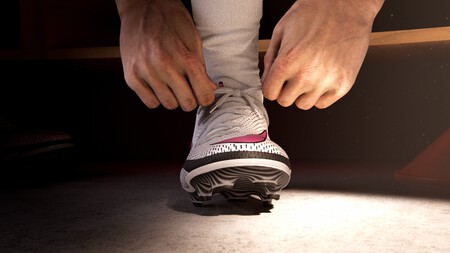 The kickoff of UFL will take place from 2022 on PlayStation and Xbox systems. The Strikerz team he claimed at the end of August 2021 that the date would not be given until all the development factors are properly aligned.

There are a number of factors to take into account at the time of specifying your date. Starting from that production began in 2016, that the first Gameplay of the game will be shown in January 2022 and the promise of an upcoming launch already invites us to think that everything will be ready for the next football season.

In any case, and given the strong competitive nature and the priority towards online gaming that the UFL will have, it is quite likely that its first public testing phases will not be long in coming. Logically, the results and impressions of these will be the ones that definitively end up setting the definitive date.

UFL: a virtual soccer league on a global scale 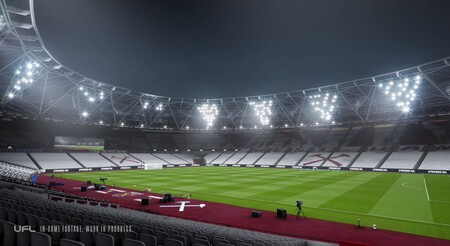 Strikerz He is very clear about the three main objectives of UFL to achieve that his football proposal is unchecked from those of EA Sports and Konami: to offer a simulation experience at the controls, give total importance to the competitive aspect and give a total twist to the concept of free -to-play to avoid the experience being weighed down by any type of walls or payment limitation.

In fact, the Belgian developer anticipates that the player will never be obliged to buy anything at UFL. Payment options will not be directly related to the ability to achieve high ranks. Something absolutely essential to offer a competitive look at all levels.

And that is precisely where the great plan around UFL: the idea is to establish itself as a recognizable brand and, from there, build an ecosystem with the game itself as a base, according to statements to IGN.

With UFL, we are building more than just a video game. Our mission is to build a powerful sports brand and create an ecosystem around the video game that integrates both online and offline aspects of the category: esports, music, fashion, content creation, celebrities, partners and more.

A great plan that will be tied together nicely through two key alliances, an ever-increasing number of licensed clubs, and the Epic Engine Advantage:

The free football simulation will appear soon @UFLgame from our new premium partner @strikerz_inc and Borussia will be at the start!

Interesting elements that, well considered, can crystallize into a true alternative to the free proposal of eFootball and would force FIFA to adapt to the new times. Although, of course, everything will end up depending on the sensations at the controls and the only thing we know so far is that it will seek to offer a feeling of simulation and that we can adjust the controls. Very little at the moment. 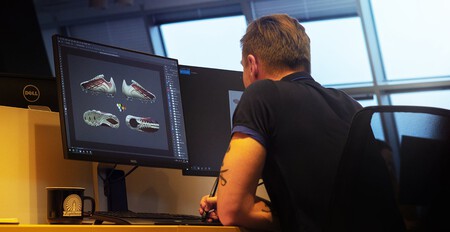 UFL development started in 2016, the same year that Strikerz Inc. itself was founded. Although the studio’s account directs us to Minsk, the truth is that its production is spread over five locations spread over Cyprus, Belarus, Ukraine and Lithuania.

Recruitment around UFL and the activity of the studio and its partners has been active for five years, but the truth is that the game was revealed relatively recently and in the context of German gamescom 2021. Since then the only public activity around the game has been based on establishing key alliances and strengthen ties with clubs and ambassadors for the brand. 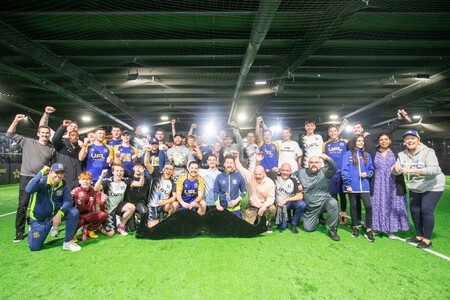 It is known that there are several professional players outlining the gameplay of UFL, and Eugene Nashilov, CEO, is clear that what should be the hallmark of the game should be the gameplay and the mantra behind the title: to offer an intense, realistic and fair to play.

We are football fans and passionate about video games; We’ve been playing the beautiful game on consoles for years and we know exactly what fans are looking for in a soccer simulator. We want to reinvent football video games, starting at the grassroots and offering players from all over the world a revolutionary, exciting and fair experience.

Regarding the systems in which it will be available, Strikerz’s priority is on PlayStation and Xbox, although they do not rule out the arrival to PCs.

Until then, the premiere of the first trailer with gameplay of the game is scheduled for January 2022. Date that will be decisive to be clearer if in addition to offering a football experience that is really fair, this one is attractive enough compared to FIFA and eFootball. 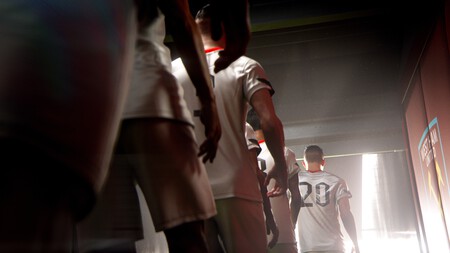 The playable base of UFL will be based on simulation above the arcade sensations. The game animations have been created from a motion capture system internal and Strikerz have advice from professional players. We understand that from FIFA and PES.

For its part, the bulk of the experience will be oriented towards the competitive

, allowing us to create and control original teams in which the image and statistics of football superstars will be used. Logically, the tactics and formations will have a direct impact on the development of the matches.

The big question here is asking itself: How to sign the superstars of the top European competitions? 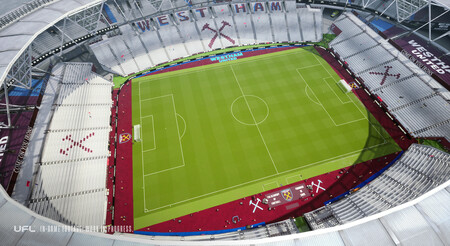 On FIFA the door to star signing opens through Ultimate Team, a trading card experience where opening packs, events, challenges and bids are essential. On eFootball you bet on a season pass model. And in neither case does skill have as much influence as investing real currency. That is precisely the UFL’s point to follow and the promise that is made is resounding.

In UFL, players will be able to control all aspects of the game, from the composition of the teams to the tactics and formations that will be used in the next match. Your path to victory is determined by your skill and skill.

In other words, our game is designed to be a fair experience involving a skill-first approach and zero tolerance for pay-to-win options.

That said, and according to Strikerz, online gambling will be the main experience from UFL and gradually will be incorporating new functions and updates No associated annual fees or costs. Which does not mean that it will also be offered an offline mode designed to play with friends.

From January 2022 we will have a little clearer how the players develop on the field and, with a bit of luck, it is possible that we can take the floor to the two most important aspects: the sensations at the controls and if the skill premium over the monetization system.

To date Strikerz has shown only a preview of UFL which basically serves to display the logo and motto of the project: fair to play.

In addition, some finishes of the players who will serve as ambassadors for the UFL have been shown. Although, at the moment, he has not shown them with the ball.

There’s something that #UFL want you to know, our next ambassador his name is Bobby Firmino! Check out Bobby’s in-game look in the short video we’ve prepared. Si Señor! Stay tuned, as there’s more news to come #fairtoplay #uflgame #joinufl pic.twitter.com/FQPRtOBvQn

On the other hand, it is expected that the first matches in motion will be shown very soon.

As we discussed at the beginning, offer a real alternative to FIFA and PES It has never been so available to new game proposals. Every year dozens of football titles are released focused on fast games or arcade sensations or the classics of several decades ago. However, it seems that there is room to put yourself in the front line. Now it is time to do things well and fulfill what was promised.

Zelda: Breath of the Wild’s miniguardians are smarter than we think – iGamesNews

Dynasty Warriors 9 Empires will be seen in Japan

Dynasty Warriors 9 Empires will be seen in Japan