I took it for granted that this would be to give letters a try, write once a week and go on with my life as if nothing had happened. Silly me, I couldn’t imagine the joy that something as banal as taking up a childhood hobby would bring me. The surprises that awaited me on the back of a letter from Magic: The Gathering.

The last few days have been a joy, from your messages encouraging me with the experience to the satisfaction of play again and win games, but I would not have imagined that my Magic chronicle It would open a window to the past as exciting as the one I experienced a week ago.

Magic living up to its name

At a time when enthusiasm was compounded by fear, I faced the challenge of playing games again. Magic With two fears blocking me completely On the one hand, making a horrible fool with the cards on the table. What am I doing playing this after all this time? With everything that has changed the game …Road to Mythic? More like Road to Manquism!

On the other hand, the dread of trying to contact a person – that old friend I was talking about – whose answer I was completely unaware of. It is not easy to go back to a past that, despite not having closed badly, did seem far enough away to cast serious doubts on its continuity. How am I going to write to you after so long? What will your reaction be?

And suddenly, between one doubt and another, colliding with the comments of encouragement, Magic living up to its name:

“What’s up Rubén! How’s it going? Wow, I read your Magic article and it touched my soul. What memories, man. How the years go by … “

The message, which lasted a little longer than that – and to which a few more have happened since then – are the first words I have crossed in more than 15 years with one of my best childhood friends

. One of those magnificent people of whom you remember a thousand and one anecdotes and who, due to fate’s whims, end up further away from you than you would like. 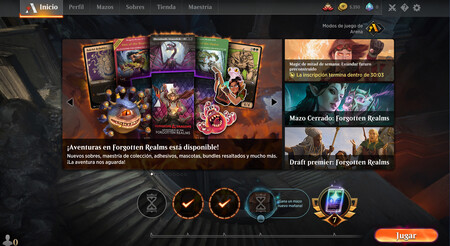 His memory in the form of a WhatsApp tick came even before contacting that other friend I was talking about seven days ago and, although involuntary, it was the spark that lit the fuse. Fear turned into illusion.

And why not? And why not get fat, and brood and enjoy this game until I master it? What’s wrong with writing to an old friend to worry about him and get back in touch? And what the hell, why not do it with all of them? What’s stopping me from trying to reunite the band again?

Even if it was just to catch up, remember little battles and play some games, all that was one click away.

With almost all those friends already contacted, and the firm promise of a meeting when circumstances allow it – take good care of yourself -, it was time to get down to work, throw any hint of doubt out the window, and throw myself into it. Arena. I was about to live my first Magic game after more than two decades. 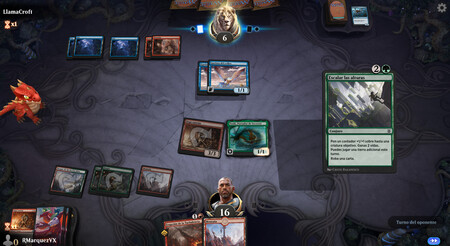 While I enjoy the agile tutorial that puts me back in the situation, I begin to assess how important it is to take that first step and know how to lose fear. It is useful to encourage you to talk to someone, but also to open the instructions of one of those board games that you bought on a whim and have not played yet, because of the laziness of reading the instructions or the fear of not understanding how it works.

I know what I’m talking about because, despite leaving Magic In the past, board games have continued to occupy an important part of my free time, and the first games against bots are in charge of showing that perhaps I had not gone so far. This, beyond collecting, championships and money that moves from one world to another, is still a board game waiting to be enjoyed with friends.

The first hands and robberies transport me to that game I was talking about the other day, the one in which I beat my friend -who gave me soups with slings at the level of experience and mallet- thanks to luck.

I was talking about it around here not long ago, commenting how video games simulate luck to create a greater variety of situations and allow, as if by magic, a newbie to have chances of beating an expert.

I admit that, although you will probably see me regret my bad luck live (we started this Thursday, July 15 at 12:30 p.m. CEST on elstream, come give me a cable and watch me stain), if there was not that component of good fortune capable of turning a game around, I would probably give up after the third beating.

Let’s hold on to beginner’s luck and see what happens. Why not. In the end, it’s those script twists that give you life. Those moments in which a card comes out of the deck to turn the tables, putting the game on a platter in front of the opponent’s congratulations for the turnaround that you have just witnessed.

Those in which you think that writing to an old friend is a mistake, that he is going to send you to fry asparagus or, worse still, he is not even going to answer you, and that suddenly it is someone else who appears out of nowhere to tell you what amazing that it would be to be able to see us all again.

Lucky to be in the perfect place and time.

With the bots corresponding to each color already defeated and a good handful of decks to start messing around with in my collection, the first locks appear with that evolution of the game that I have been oblivious to all these years. I have a feeling that it would take another hour of tutorial to understand all formats and game modes available.

I shoot for the basics, because in the end, playing is playing and there is no possible loss, so avoiding getting into eleven-yard shirts, I put aside everything related to qualifying games, drafts, and other experiments of which I venture the high possibilities. to get scalded.

Be careful, in this case it is not fear, it is common sense, you can’t learn to run before you know how to walk. Also, I hardly know what the synergies are between cards or what suit the colors are nowadays. 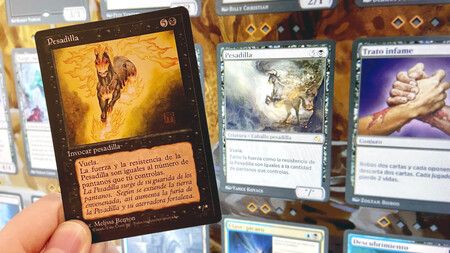 At first I see that there is no trace of my mythical deck of mercenaries from the 90s – of course, what did you expect – but I am delighted to see that one of my favorite cards is still alive and playing as much as in my time.

Nightmare, a beautiful flying fire horse whose power and defense is equal to the number of swamps you have on the table. If I have to choose the art of the card, I stick with the one from the past, but the mere idea of ​​seeing a connection between what I played when I was 13 and what is now on screen is a most comforting feeling.

I do admit that I have certain problems to get the explanations of the letters on the fly and, taking into account how important the synthesis is sometimes for my work, when reviewing some of the obtained in gift envelopes I want to give them a good shake to simplify your message. Whether it is a matter of his explanation or my age -the clear things and the thick chocolate-, I have seen myself reading some two or three times to finish understand the mechanics involved. 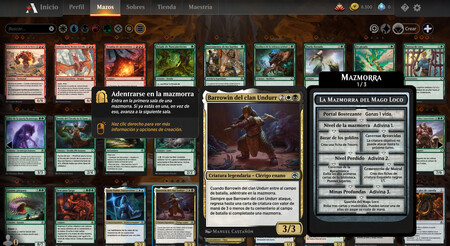 But hey, you laugh at the fear and lack of reading comprehension caused by old age. That I am not bad at it. With more wins than losses on my way when completing the first few missions, and earning a good handful of packs with which to go to my date live, the duels against other players give way to several moments I wish I had recorded to share them here -I take note-.

I can assure you that, a week ago, I could not even imagine jumping out of my chair after a fortuitous robbery capable of giving me a very tight game. Beginner’s luckthey say. Hopefully he will continue to accompany me for a few more hours to be able to leave the pavilion high up for my debut tomorrow.

That is precisely the magic of Magic, capable of making you vibrate with the arrival of a letter in your hands, and of moving you to tears by a message that you already thought you would never receive. I don’t know how long the luck and the excitement will last, but for now, let me enjoy it.

This is how impressive a remaster could look

New World: A player achieves the feat of reaching level 60 … without even fighting!