One of the most successful video games in the entire Nintendo Switch catalog is undoubtedly Animal Crossing: New Horizons, the latest installment in the saga that continues to receive updates to this day so that players always have something to do. Even so, the passion of the fans of the franchise has crossed the screen

, like that of this genius that we have encountered.

The user Mr_Pioupiou has created this wonder that you can see accompanying the news in which it appears a MiniNook mockup with great detail, being practically identical to the one we see in the original title. 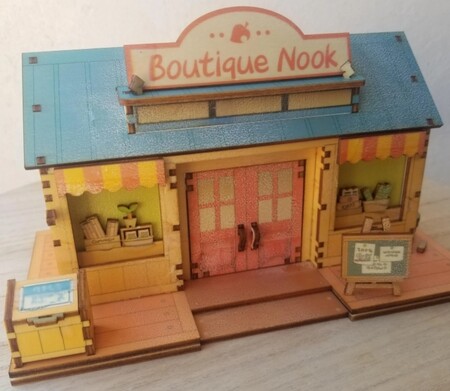 However, the most striking thing about her is that it is actually a Nintendo Switch Dock. It’s made of wood and it’s fully functional, just like anyone who has a console in their home, but of course we’d love for something like this to actually hit the shelves because it’s definitely a formidable job.

The bad thing is It doesn’t look like Nintendo is going to follow the same example and after so many years he decided to launch custom Docks or with a design as peculiar as this one. At least that of the future Nintendo Switch OLED If that it will be a bit different from the original when it hits stores on October 8.

Nightmare of the Wolf, the Netflix animated film to premiere in August

Breakthrough thanks to Apple? VR entry is said to be “groundbreaking” and is due in January

Japan Expo 2022: We know the games from Sega (Sonic Frontiers) and Atlus (Persona) that will be presented

MSI sale: An ideal gaming laptop for LoL and Fortnite for less than $700