Nintendo triumphs among twentysomethings, adds more than 32 million subscribers to Nintendo Switch Online and is already targeting its next console

Now, the company has published its corporate management policy report

, showing the Nintendo’s plans for the future. Beyond highlighting its brand identity, various interesting data and forecasts have been thrown, which we now break down:

With the arrival of the Expansion Pack to Nintendo Switch Online, several incentives have been added to join the console’s online service. Right now, the number of subscribers stands at more than 32 million, including family accounts. The last time we had a record of this aspect was in September 2020, when there were 26 million subscribers. 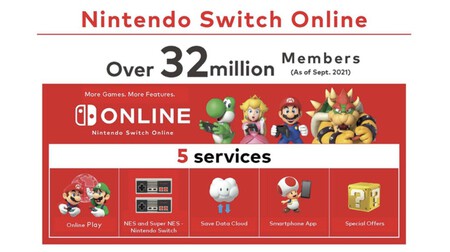 In the case of unique accounts to use any Nintendo service, we find that they are already more than 250 million registered users on the platform.

The performance of Nintendo Switch invites you to think that the system still has a rope for a while, beyond having recently received the OLED model. However, it is no secret that the next consoles are planned many years in advance, something that Nintendo is also doing and projecting on a timeline. 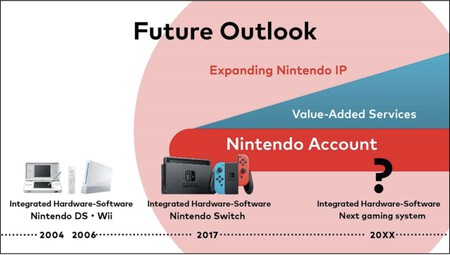 It is mentioned that this new platform will arrive in 20XX, without a specific date. It is striking how between Wii / Nintendo DS and Nintendo Switch, the company has decided remove the presence of Wii U, which seems to indicate that it was a mistake that they intend to forget.

They are not games for kids

For the first time, Nintendo has shown a graph in which all the age ranges of its audience are presented. In it, we can see which segment is the one in which Nintendo Switch succeeds the most, with an overwhelming difference for users between 20 and 24 years old, specifically those aged 21. 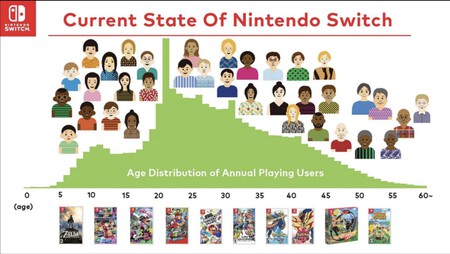 It also highlights the strong presence of the system approaching ages such as 30, 40 or more years. In the youngest ages and among adolescents, the game with Nintendo Switch is not so marked, even showing a slight decline for youth between 10 and 15 years.

If you have a Switch, it is to play with it

With the aforementioned 92 million Nintendo Switch worldwide, the large number of them that are active is remarkable. At this point in the fiscal year, in the period between April 2021 and September of the same year, we find that more than 79 million users have played the Switch 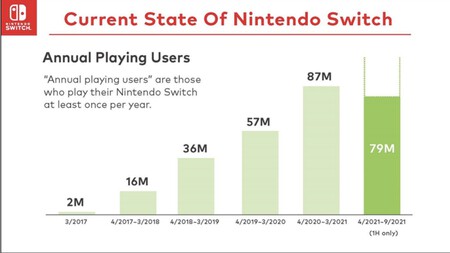 To obtain a reflection in line with the rest of Nintendo’s figures, we will have to wait for the end of the fiscal year in March 2022, although the company’s forecast is that the previous 87 million will be exceeded.

Everyone to the cinema seat

Beyond promising video games like Pokémon Legends: Arceus o la secuela de Breath of the WildThe truth is that Nintendo wants to expand the market with audiovisual content such as movies. The one that we already have marked on the agenda is the one based on the mustached plumber, although it seems that the thing will not remain there.

“Too we will work on developing new audiovisual content“, indicates the company without clarifying what we can expect. In any case, it will happen after the premiere of the Mario movie. The investment will be strong, since some $ 450 million budget for this line.