The last update of Nintendo Switch on the hybrid console. This very morning June 8, we woke up to a new patch for the system of the laptop and that it seemed that it did not carry much news.

(the Spanish does not reflect this update), we can see that the only notification shown by the Japanese company about what exactly the update modifies, is the next:

“The overall stability of the console has been improved to provide a better experience for users.”

We are talking specifically about patch 12.0.3 and that it is no longer possible to download online. We personally checked what happened, so we turned on the Switch and the notification of a new update appeared. However, when trying to update we were warned that we already have the most recent version. 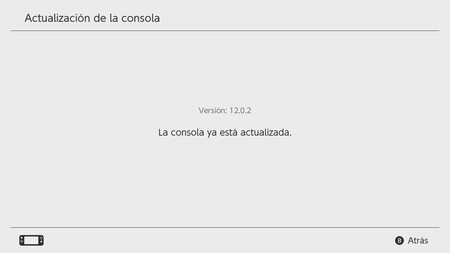 Launched at 12:00 Spanish time, it barely lasted about six hours between us. Nintendo has only clarified that “for now, we will temporarily suspend the release of 12.0.3.“We do not know exactly what failure or error is causing the systems, but we hope that it will be fixed and the company will report what happened.

Young Royals: Netflix with update and pictures of Season 2 of the coming-of-age drama series

Are you ready to watch a live-action character movie or TV show?Sega thinks you might be