After stopping the commercialization of carcasses for PS5 by companies not directly related to Sony, see that the SUP3R5 company planned to sell a Modified PS5 to have a PS2 inspired look it did not augur a very happy ending.

Now, according to own SUP3R5, said ending has turned out to be a disaster. Yes, apparently Sony has had nothing to do with cancellation of all console and command units

that had been put up for sale. 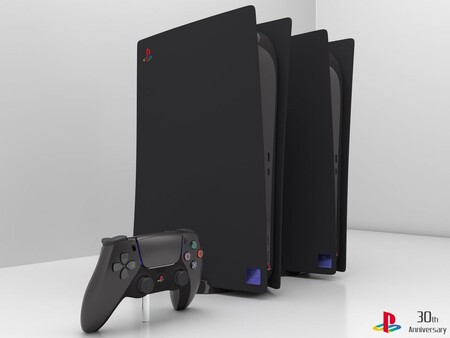 The 304 PS5 inspired by PS2 and 500 DualSense controllers

with similar appearance are now in no man’s land after confirming SUP3R5 that they cancel all orders after threats to members of the company.

“Last night our team started receiving credible threats to their security. We take these threats very seriously, and as a result we will not move forward. All reservations have been canceled and we have returned all money.”

SUP3R5’s Twitter account, now deleted, thus announced the cancellation of a project that did not start its reservation period on the right foot and that, probably, would have triggered the later problems.

Reserves collected despite not having enough units

After opening the doors to acquire the two versions of PS5, the digital one for 649 dollars and the reader for 749 dollars, and the 500 DualSense a 99 dollarss unity, the flood of users collapsed the platform and some had problems with the payments made.

“If you have been charged today but have not received a confirmation email, your order has not been completed. Charges for uncompleted orders will be refunded. This process usually takes one day.

We are very sorry for what happened today. This will not happen again. Please be patient while we review all orders. “

Unknown seller who comes out of nowhere and project that would hardly pass through the noses of Sony no legal response from the company. Two concepts that should already raise the odd eyebrow. But if there were also problems with payments and the company’s Twitter account has disappeared from the map, things look even worse.

Let’s hope that everything was a mistake, that the situation will soon be clarified and the money of all reservations is refunded. The best way to avoid scares is to go shopping through unknown sellers or distributors. If you are still looking for yours, here you can find information about PS5 pre-orders.

This could be the weapon customization in Halo Infinite

“Will Sony buy Ubisoft?” and other questions after Xbox’s shock acquisition of Activision Blizzard

How I Met Your Father: Germany start at Disney + is known!

Cuphead Gets Netflix Trailer and We Explore the Delicious Last Course