review with trailer and game experience for PS3, PC, PS2, GameCube and Xbox

If we talk about the best exponents of the rotoscoping technique there are three games that come out at the first turn: Prince of Persia (1989), Another World (1991) and Flashback (1992). Three great classics that I was lucky enough to enjoy in their day with my idolized Amiga 500 and that are still valid today.

However, and ironically, those jewels ahead of their time did not have a sequel to match. Prince of Persia 2: The Shadow and the Flame (1993), for example, was fine, but the impact was no longer the same. And after this the saga had a major break until the critical 1999, where he tried his luck with 3D with a resounding result. But as they say, there is no success without having failed before and the resurgence of the saga occurred in 2003 with Las Arenas del Tiempo.

Exploding 3D with a novel mechanic 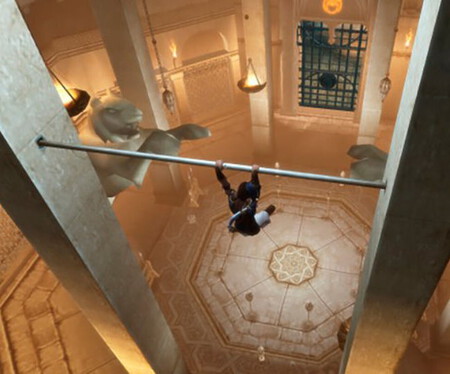 That 1999’s Prince of Persia 3D was a bad memory, but a necessary step for a franchise with a lot of potential that had to make the leap to new technologies. With 128-bit consoles on the market (PS2, GameCube and Xbox), Ubisoft Montreal had the ideal situation to stand out with Prince of Persia: The Sands of Time. So it was. But for more than just its expanded 3D universe.

If for something this new course is especially remembered for the prince of Persia, it was in the fact of introducing the mechanics of going back in time thanks to the use of “the sands of time” by means of a daga mágica. A system that got us out of more than one trouble with traps and that was gaining relevance as we improved its power by collecting multiple clouds of sand.

It wasn’t as difficult a game as the 1989 classic., not even remotely. Not even without making use of this skill so established today, where neither Forza Horizon 5 nor practically any racing game today is spared the option of going back in time to correct an error due to clumsiness or lively hunger. What’s more, there are games that exploited it with great mastery, such as Braid or Super Time Force.

That it was something more affordable in comparison was also given by the prince’s own agility, capable even of running along the walls to propel himself with more jumps, apart from the perspective itself, which eliminated those jumps into the void of the original that forced us to go with more careful not to fall on skewers.

In this sense, the move to three dimensions served to offer different types of cameras, which were adapted to each situation. The one that came by default was the typical one for 3D adventures; after there was a button to show a cinematic shot, almost always with an isometric view; then another to see in the first person; and finally a camera that was automatically fixed to the enemy so as not to be distracted in the fighting. Everything was very well measured.

It is surprising, because even today it is very enjoyable and it hardly suffers in that facet, something quite common in games of that time. Not in vain was, long, one of the best titles released in 2003

, achieving that Prince of Persia live a second youth with this reboot and the beginning of a trilogy that was wrapped up in a remake of the 1989 classic, a new open world Prince of Persia in 2008 with a comic book look and the return to the universe of “The Sands of Time” in Prince of Persia: The Forgotten Sands in 2010. It was a stage where Ubisoft blew up the saga to the point of release a movie.

A huge timeless classic for Prince of Persia 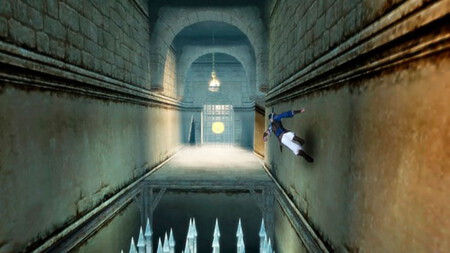 Ubisoft Montreal knew how to balance every aspect of the game, indeed. While it was not as cruel as the original from the last century, did not neglect the traps at all (skewers, tiles that warn of the collapse, etc) nor the sword battles (or dagger), which for something were two of the essential pillars along with the capital importance that the jump always had here. So what ironically there was no jump button per seRather, its function was activated according to the context.

That same action button also served to roll on the ground or even jump behind the enemy, a really useful technique in this kind of battle. That these choreographies seem simpler today because of Rocksteady’s Batman Arkham does not detract from any merit by offering a good variety of movements (with 750 animations for the prince

, quite a feat in his day), being able to freeze enemies with the use of the dagger of time to destroy them.

This dagger was our main safeguard Therefore, to control the time as long as we had enough sand in the different bags that were being unlocked. And it is that no matter how knowledgeable the prince was with him parkourThere were times when we could miscalculate a jump after running on the wall, like not noticing where the shadow of a pillar was that we had to hold on to, for example. Or because of the rush, that that also happened. 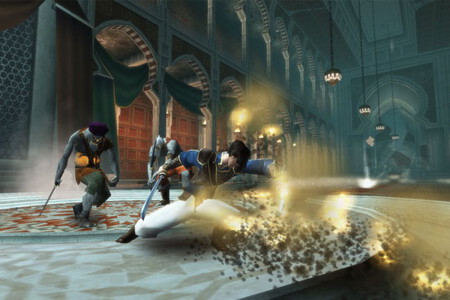 On Prince of Persia: The Sands of Time The puzzles were not lacking either, although without becoming exasperating. At no point in the adventure was it, as we anticipated at the beginning. What’s more save points gave us clues of what was going to happen then with a series of visions. Another issue was to achieve 100% secrets, as there were a lot of sand clouds to collect to improve the dagger to the maximum and some magical sources that raised the life of the prince himself.

And in our journey we were not alone, when we ran into shortly after starting the adventure alone with the mysterious princess Farah, in the end an ally that we had to protect from the rest of the enemies or collaborate with a series of puzzles.

The best? That Prince of Persia: The Sands of Time is still a delight For which the passage of time does not seem to have affected it. And with a high-quality Castilian dubbing, where the prince has rope for a while. Even with the game paused, watch out. Hopefully the delay of the remake serves to do it justice …

Binge-Watching Deluxe: You can watch these 18 series in one day!

Netflix: Subscriber growth at half mast. What impact on the SVOD service?